It has also agreed to acquire Aegon’s life insurance business in the Czech Republic.

NN will pay €155m in total for the acquisitions, which will be funded from its existing cash resources. The deal is expected to close by the end of the first quarter of 2019, subject to regulatory approvals.

In Slovakia, NN said, it is the fourth largest provider of mandatory second-pillar pensions and the leading provider of voluntary personal pensions.

According to IPE’s Top 1000 Pension Funds, Aegon’s pension fund management company in Slovakia, Aegon dss, had €672m assets under management as at the end of December. Acquiring the business would see NN’s Slovakian second pillar company ranked third in the country on the basis of end-2017 data, leapfrogging VÚB Generali dss.

The purchase of Aegon’s Czech life insurance business, meanwhile, would increase NN’s share of the that market from 9% to 12%, Maurick Schellekens, CEO of NN for the Czech Republic and Slovakia, said in a statement.

NN Group described the transaction as a “bolt-on acquisition” and said it was “in line with NN Group’s strategy to achieve profitable growth and value creation”.

It was not expected to have a material impact on the operating result and Solvency II ratio of NN Group. 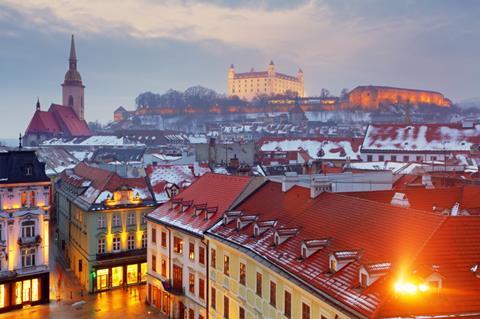