Letter from the US: Lower rates, deeper holes

Something unprecendented happened in the US in the first weeks of January when the Milliman 100 PFI discount rate fell 35bps to a 20-year low of 2.85% “It was a very poor month for defined benefit (DB) plans, not a good start of the year and it dug an even deeper hole in their financial situation,” points out Zorast Wadia, principal, consulting actuary at Milliman. He is also author of the Milliman 100 pension funding index (PFI), an annual study of the 100 largest DB pension plans sponsored by US public companies.

In 2019, low rates offset the strongest investments gains witnessed by DB plans since 2003, according to analysis by Willis Towers Watson (WTW). The advisory firm examined pension plan data for 376 Fortune 1000 companies that sponsor US DB pension plans which have a December fiscal-year-end date. According to WTW, their aggregate pension funded status was 87% at the end of 2019, only slightly better than 86% at the end of 2018. 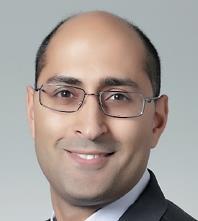 “Pension plans that have extended duration in their fixed-income portfolios fared better than those that did not in 2019,” adds Field. “Not helping with the negative trend is that contributions were down in 2019 as many sponsors chose to pre-fund contributions in prior years to take advantage of the higher tax deductions.”

“As we move into 2020, employers are going to face growing pressure on their plans’ expected rate of return assumptions at the same time as they prepare for higher required cash contributions due to the upcoming expiration of pension funding relief,” explains Jennifer Lewis, senior director, retirement at WTW. “Sponsors will want to keep an eye on interest rates as increases from their current low levels could create opportunities to re-evaluate their investment strategies and consider a range of risk-reduction options.” 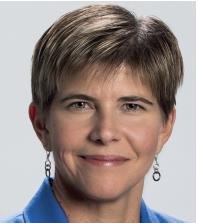 Among the 500 Fortune companies, only 14% still have DB plans that are open to new recruits, according to WTW. “They keep them, typically, because they believe it is attractive for their workforce,” says Lewis. “It happens especially in industries such as utilities, pharmaceuticals, and oil and gas.” To reduce risk, one move that WTW recommends is to evaluate changes in the duration of fixed-income portfolios.

The trend is to adopt a liability-driven investment strategy: shifting from stocks to fixed income in order to match assets and liabilities. “Given that many US DB sponsors have glide-paths in place, the trend will continue as funded status improves,” says Field. He adds: “We are strong advocates for using the fixed income in a DB portfolio to hedge away interest-rate risk.”

“But the tough decision is about the timing: when to do the shifting?” asks Wadia. “We recommend doing it gradually, each time there is an opportunity to lock in gains. However, if a DB plan has already adopted a liability-driven investment strategy, it will risk missing out the positive effect of rising interest rates.” 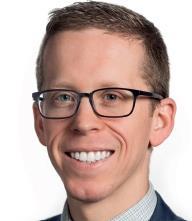 The other option for de-risking is pension risk transfer (PRT) – to transfer pension obligations to an insurer via the purchase of a group annuity for employees. For example, in January Lockheed Martin purchased a group annuity contract from Metropolitan Tower Life Insurance to transfer $1.9bn in pension liabilities. It was the third substantial PRT transaction for the defence contractor since the start of 2019.

Wadia agrees: “A company should look at its business operations and understand its level of risk tolerance. If it’s zero, it’s better to terminate the DB plan via PRT. But if there is some risk tolerance, it’s preferable to adopt a liability-driven investment strategy.”