Letter from US: All eyes on CalPERS as CIO quits

That is why everybody in the American pension industry is eager to know what will happen after CalPERS’s chief investment officer (CIO) Ben Meng’s abrupt resignation in August. What kind of new CIO will CalPERS hire? What about the current strategy that bets heavily on private equity investments? Will CalPERS make decisions in the future as dramatic as its withdrawal from hedge funds in 2014?

Meng was the fund’s first investment chief in 10 years who had had a Wall Street investment career. He was also the third CIO after the 2008 financial crisis and a bribery scandal that led to the imprisonment, in 2016, of former CEO Fred Buenrostro. That scandal concerned bribes that former CalPERS board member Alfred Villalobos paid in an attempt to steer pension fund investments to the private equity firms he represented.

Private equity investments are again the cause of CalPERS’s new troubles. Meng resigned after being accused of a conflict of interest for not properly disclosing his own investments in the Blackstone Group’s shares while pledging $750m to private-equity funds managed by the same institution. He rejects the accusations. In fact, he disclosed that he owned a stake in the Blackstone Group on joining CalPERS, using the required standard form. Last April, the pension fund did an internal review of Meng’s potential conflict of interest and California’s Fair Political Practices Commission opened an investigation into his disclosures.

However, the reasons behind this latest CalPERS drama are more complex. They are a mix of political pressures and financial constraints.

In December 2019, almost a year after becoming CalPERS’s CIO, Meng told the Financial Times he could “do a purely technical job, be an investment professional”. He went on to say: “My personal interest and professional career is in investment management. If you stay focused on that, most likely different political factions wouldn’t bother you.”

Meng was born 50 years ago in China. After graduating at the Xi’an University of Architecture and Technology, in 1995 he was awarded a PhD in civil engineering at the University of California, Davis. In 2008 he joined CalPERS as investment director for asset allocation, after a Wall Street career with Morgan Stanley, Lehman Brothers and Barclays Global Investors. Meng became a US citizen in 2010 and in 2015 he returned to China to work as deputy CIO at the State Administration of Foreign Exchange (SAFE), until CalPERS rehired him as CIO. 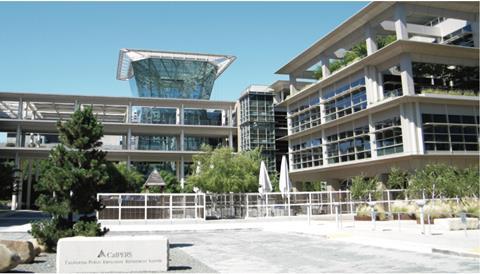 Meng first attracted criticism for being Chinese-American as the China-US relationship deteriorated. In March, US national security adviser Robert O’Brien said that the Trump administration was “looking at” CalPERS’s investments in Chinese military companies. Then Republican representatives accused Meng of being a tool for the Chinese government. CalPERS rejected all the accusations, explaining that it invests in international stocks using the MSCI and the FTSE indices.

Moreover, a politically naive Meng jettisoned some planned investments that Californian politicians loved, such as a project to build Sacramento’s tallest tower, which increased the tension.

However, the fundamental problem is CalPERS’s annual 7% target. That is mission impossible, according to most experts given current interest rates and financial market returns (from 2001 to 2019, the S&P 500 index, for example, has provided average annual returns of just 5.9%). In order to achieve his goal, Meng pushed for riskier investments, especially private equity. These investments represent about 7% of CalPERS’s asset allocation (as of 31 March 2020). The new CIO wanted to increase private equity investments to 16%. In June, he also proposed investing in private debt and leveraging the entire fund.

In the meantime, his results were less than stellar. In July CalPERS announced it had returned 4.7% for the previous fiscal year (ending 30 June 2020), beating its benchmark of 4.3%, but not achieving its 7% target.

CalPERS’s spokespeople point out that the fund’s 10-year net performance is 7%, with private equity performing better than any other asset class: 12.1% versus public equity’s 6.6% (as of 31 March 2020). Nevertheless, the fund remains 70% funded.

A more realistic approach would be lowering the target and requiring higher contributions from the cities whose employees are CalPERS members and/or cut pension benefits. Of course, no local politician would want that.

“The recruitment for the next CIO is just beginning, so there’s not much to report at this time. It’s in the early stages,” a CalPERS spokesperson told IPE. More important is whether the fund will keep pursuing Meng’s strategy to get “better assets” (private debt and private equity); “more assets”; or utilise leverage. The ability of the new CIO to implement the new strategy over the next three years or so, as CalPERS promised its members, should also be watched.