Øystein Olsen, who also chairs the Government Pension Fund Global (GPFG), added his voice to those criticising the government’s plan to alter the rules so it can dip into the fund to replace terrorist-hit buildings and a crashed Royal Norwegian Navy frigate.

This would involve taking around NOK19bn from the GPFG, which has grown from Norway’s oil revenues.

The idea was a “violation” of good Norwegian budget practice, Olsen told Norwegian news service E24 yesterday. A spokesman for Norges Bank, the central bank, confirmed his comments to IPE.

“They say they should investigate the matter,” Olsen told E24. “I don’t think they need to spend so much time on it, because there is not very much to study.” 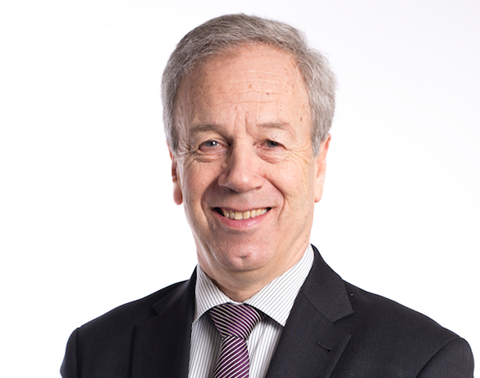 “This is a violation of a good Norwegian budget practice, which emphasises openness and overall budgeting”

He continued: “This is a violation of a good Norwegian budget practice, which emphasises openness and overall budgeting, and that all expenses must be prioritised within the same framework. This will be bypassing it.”

Olsen also expressed concern about the way the government had been increasing its use of oil fund money in recent years.

Over the last 10 years, the government’s annual withdrawal of GPFG funds has more than tripled to NOK231.2bn in 2019, from NOK74bn a decade ago, according to inflation-adjusted figures in the news report.

“I have talked about this a bit in previous annual speeches, and pointed out that we have reached a very high level,” Olsen said. “It is a concern, somewhat independent of these guiding principles.”

The plan was first revealed in the government’s new coalition agreement published last month. The declaration includes a paragraph on the idea of changing the principle of the state acting as its own insurer.

Under this principle, the state does not insure itself, but covers damage and losses when they arise.

“The government will investigate and assess whether replacements where the state is self-insured should be able to be entered as an item 90 in the state budget,” the document states. This refers to funds taken directly from the oil fund rather than from fiscal revenue.

The administration wants to use the money to fund a new government building in Oslo for NOK15bn, after the existing buildings were seriously damaged in a terrorist attack in 2011. It also wants to buy a replacement for the KNM Helge Ingstad frigate, which sank in November after colliding with an oil tanker.

Norwegian prime minister Erna Solberg has argued that these expenses were extraordinary.

“What we have been exposed to here is a massive terrorist attack, in which four major state buildings have been destroyed. We have got a ship that has gone down,” she told Norwegian news agency NTB earlier this month.

She said her idea was not to bypass the rules but start a discussion about how the self-insurer principle did not necessarily work for such major incidents.

Several other prominent figures in Norway have spoken out in the national media against the government’s idea of taking more money from the oil fund.

Svein Gjedrem, a top government economic adviser and former head of the central bank, told Norwegian newspaper VG the idea was in clear conflict with the budget rules.

“My main objection is that this is not a loan, but expenses that are not repaid,” he said. “These are actual expenses that have full impact on the Norwegian economy. In this case, according to the budget rules, they should be covered by current income.”

Øystein Dørum, chief economist at the Confederation of Norwegian Enterprise (NHO), told VG the projects should not be financed outside the usual state budget.

“I am still of the opinion that this should be taken above the line,” he said. “A new government quarter for NOK15bn will undoubtedly impact the Norwegian economy.”

The current rules governing the GPFG are designed to ensure only gradual, long-term and responsible use of the oil wealth. They state that the government may take no more than 3% of the fund’s capital a year.