The long-awaited new pension scheme for Norway’s public sector employees has now been published as a draft law in the next stage of a legal process the prime minister described as historically crucial for the country.

Prime minister Erna Solberg said: “No reform so far implemented in Norway will mean more for the Norwegian economy, the sustainability of the welfare society and the individual employee, as the pension reform.”

The new pension scheme, due to take effect at the beginning of next year, was needed in order to secure a good level of public pension in the future as people were living longer, she added.

“With these changes, it will be worthwhile for public employees to stay longer in work and it will be easier to switch jobs from public to private sector without losing pensions,” she said.

The proposal – which includes pensions for central as well as local government staff – derives from an agreement reached on 3 March last year between the Ministry of Labour and Social Affairs and workers’ and employers’ organisations. 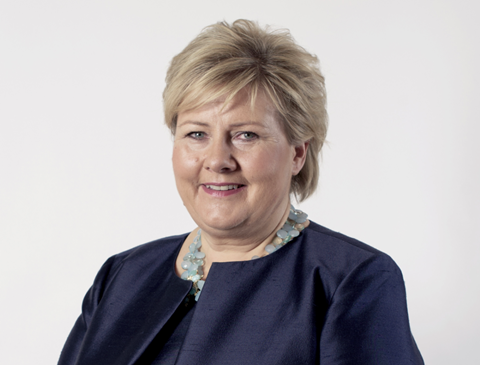 “No reform so far implemented in Norway will mean more for the Norwegian economy, the sustainability of the welfare society and the individual employee, as the pension reform”

The Norwegian parliament is expected to approve the new pension rules before its summer break.

Anniken Hauglie, minister of labour and social affairs, said the next stage of the reform process was to adapt the pension rules for people with special age limits. The government has already agreed a process with the negotiating parties for this, scheduled to run up to 1 November 2019.

Finn Melbø, chief executive of SPK, said: “SPK is very pleased that the proposal for new reform has now come. We are already well on the way to preparing the changes in our systems.”

At KLP, the country’s main provider of municipal pensions, Marianne Sevaldsen, group director in the life insurance division, said the firm was working on adjusting its systems and putting high levels of resources into offering guidance on pensions.

“There will be complicated transitional arrangements for a period, but for the young people who start in the public sector in the years to come, the calculation of retirement pensions will be easier,” she said.

She added that the KLP was confident that its systems would be ready when the changes took effect at the turn of the year.

Meanwhile, Anders Skjævestad, chief executive of DNB Liv, said the bill was interesting for his business because it wanted to offer municipal service pensions again, several years after it withdrew from the market.

He said KLP had a “monopoly” on public sector provision, partly due to municipalities not seeing themselves as obliged to regularly put their service pension contracts out to tender.

“DNB has therefore asked the authorities to consider measures to stimulate new players and competition in this market in connection with the introduction of new public service pensions,” Skjævestad said.

The bill contained no guidelines related to the competition in the market, he said, with the ministry instead content to assume that the municipalities themselves would choose their pension provider within the framework of the main tariff agreement and the procurement regulations.

“It will therefore now be up to the parties in the tariff settlement to decide on tender practices,” Skjævestad said.