Thomas Sevang, head of communications and external relations at Norges Bank Investment Management (NBIM), told IPE: “We have decided not to be invested in companies with direct exposure to cannabis.

“This is done after a total assessment, but due to market sensitivity we will not give any details on the assessments leading up to our investment decisions.”

According to a report in Norwegian newspaper Dagens Næringsliv (DN), NBIM, which manages the Government Pension Fund Global (GPFG), is selling its shares in three Canadian and two US companies.

The NNPF reportedly criticised the fund’s investment in this sector, which it said were undermining work against drug addiction. It said that, alongside products for medical use, some of the companies were also major producers of marijuana for recreational use. Cannabis is illegal in Norway, except for medicinal use.

NBIM data showed the fund had a total of NOK909.6m (€93.1m) invested in Canadian companies Canopy Growth, Aphria and Aurora Cannabis and the US-based Scotts Miracle-Gro and INSYS Therapeutics at the end of 2018.

These holdings grew to around NOK1.4trn in value by the beginning of March, having generated a profit of NOK446m in just two months, according to data published by DN.

Cannabis stocks experienced a run of strong returns since the start of this year, with Aurora Cannabis shares almost doubling in value according to Reuters data.

The industry quickly became a popular investment choice in the Nordics, according to Mads Johannesen, investment economist for the Nordic online broker Nordent.

He told DN: “On a Nordic basis, we have collected over 15,000 customers across the various companies, but we also see in our statistics that there is an increasing number of Norwegians investing in cannabis-related companies.” 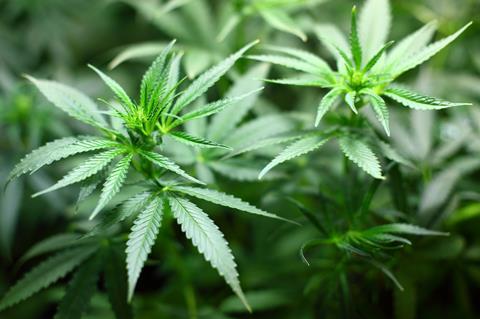