One year to go: Brexit’s impact in four charts

Today marks one year since UK prime minister Theresa May signed the letter to the European Union triggering Article 50 of the country’s constitution and confirming the its decision to exit the bloc.

Since then there have been tense negotiations, much political blustering and – finally – some agreements.

As it stands, the UK will cease to be a member of the EU as of 29 March 2019. Politicians on both sides have agreed to a transition period running until the end of 2020, and talks are expected to start soon about the future trading relationship.

IPE has looked back over the past year to discover what the decision to leave has – and hasn’t – done to Europe and the UK’s pension and investment markets. 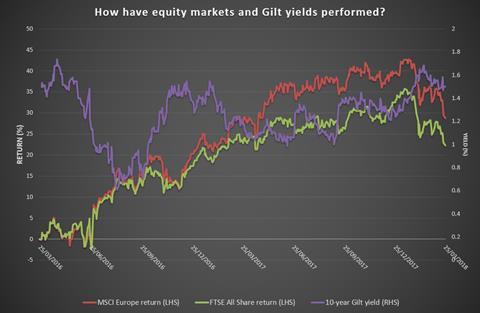 Equity markets are up significantly in sterling terms, while Gilt yields are broadly flat

The UK 10-year government bond yield has been volatile over the same period, but as of this week was at a broadly similar level (1.5%) to where it was two years ago. 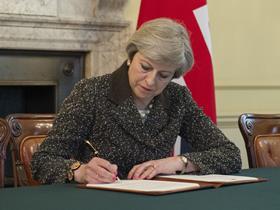 Steven Andrew, fund manager at M&G, said: “The UK economy has surprised forecasters and investors with a strong resilience since the EU referendum in 2016. In spite of predictions of recessions and a nationwide slowdown, UK growth has been materially stronger than expected and businesses have continued to grow at an aggregate level.

“While caution is still warranted as the UK negotiates the terms of its departure from the EU, the resilience of the market provides a number of opportunities for investors. Ongoing uncertainty during the negotiations will cause market volatility, which in turn presents attractive opportunities for patient investors in the UK market. In time, uncertainty will reduce and a number of assets will continue to demonstrate strong underlying fundamentals.”

The Brexit referendum was not kind to UK defined benefit (DB) pension schemes. According to estimates from JLT Employee Benefits, the combined shortfall of private sector DB funds reached £503bn (€574bn) at the end of September 2016.

However, asset returns and a weaker currency helped many schemes recover to much healthier positions. At the end of February JLT estimated the shortfall to be just £105bn, while the Pension Protection Fund’s monthly figure reported a combined deficit of £72bn. 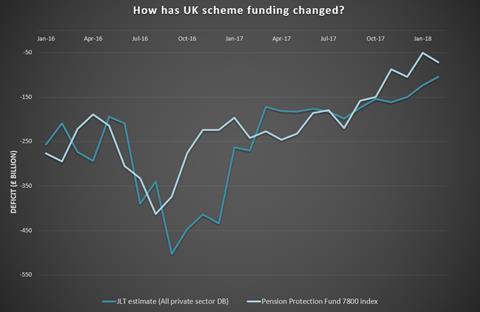 The combined shortfall plummeted immediately post-referendum but has since recovered

“Actuarial valuations currently being conducted are likely to show a need for significant increases in cash funding,” he added. “This will come as a difficult message for both schemes and sponsors, at a time when the tension between funding deficits and paying dividends to shareholders has already spilled over.”

The UK as an asset management hub 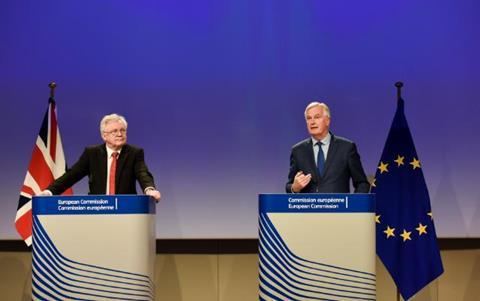 One of the main concerns – at least among UK-based asset managers – has been retaining access to the EU market. London is seen as an important access point for non-EU companies, and UK managers run hundreds of billions of euros on behalf of EU clients.

Data from the European Fund and Asset Management Association (EFAMA) seems to suggest that the UK has yet to be significantly affected in terms of its market share.

Luxembourg and Ireland continue to dominate in terms of assets under management – the two countries were home to €6.6trn between them at the end of last year. 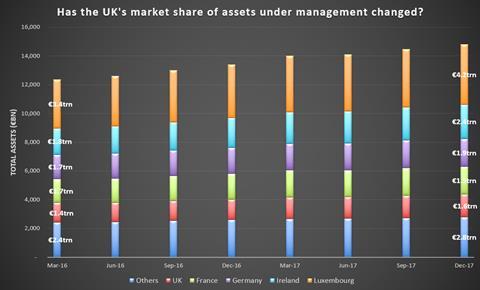 As European assets have grown in the past two years, the split across the biggest markets has barely changed

The next few years could see this picture change. Already, a number of asset managers have begun moving staff out of London and expanding their EU presence – Jupiter, Aberdeen Standard and M&G most notably. In addition, cities such as Paris, Frankfurt and Copenhagen are positioning themselves to be able to accommodate financial services companies that choose to move away from the UK capital.

Data from the UK’s fund management trade body, the Investment Association, also indicates that investors outside the UK have not yet chosen to pull their money out of UK-domiciled funds.

Similarly, UK investors have not pulled money out of non-UK based funds to any noticeable extent. 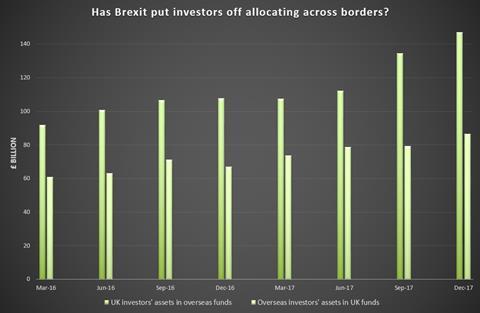 How much UK investors have allocated to non-UK domiciled funds, and vice versa

The latest Brexit-related news and features from IPE are available here .