German fund service providers with less than €200bn in client money are unlikely to be able to survive the current market environment, according to the chief executive of Universal Investment, the country’s second-largest institutional fund provider.

The company has a goal to raise its own volume to €500bn over the next four to five years and to be the leading fund service provider for all asset classes in Europe, said CEO Bernd Vorbeck.

As at the end of its last fiscal year in September, Universal had €340bn of assets under administration, the bulk of which was for institutional investors (€278bn). Most of this was held in Spezialfonds, or master funds (€242bn).

Universal is a big player in the market for so-called Master-KVGs, a fund service model used by mainly German institutional investors for the consolidated administration of assets held in Spezialfonds.

Vorbeck said that in Germany there was still business to be had, but only for companies of sufficient size.

He was referring to pressures stemming from the low interest environment, regulation and digitalisation. 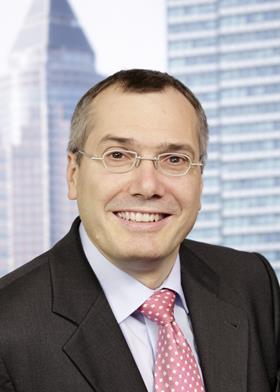 “I think only the big players will survive,” he said.

In the German market there were quite a few mid-sized companies, with assets ranging from €40bn to €200bn, but theirs was not “a real valid business position”, according to Vorbeck.

A spokesman for Universal said the company differed from most of its competitors as they were specialised, for example either in fund administration or as an investment management company, while Universal was “a one-stop shop” for both investors and asset managers.

Universal used to be owned by small German private banks but last year it was sold to Montagu Private Equity. Vorbeck said this was the first big move by a private equity company in the German fund market.

The change of ownership may mean that, for the first time, the company could grow by joining forces with outsiders rather than organically.

Vorbeck said that, with a private equity company as owner, the question of mergers and acquisitions is much more on the agenda and that Universal “could imagine pure synergy plays” or adding specialists to grow with “adjacent services”.

It was “quite realistic” that a transaction like this could happen over the next few years, although Universal was not necessarily actively working towards this on a day-to-day basis.

“We’re ready whenever an opportunity would be on the horizon,” said Vorbeck.