1
Outlook 2017: Will the great unravelling continue? 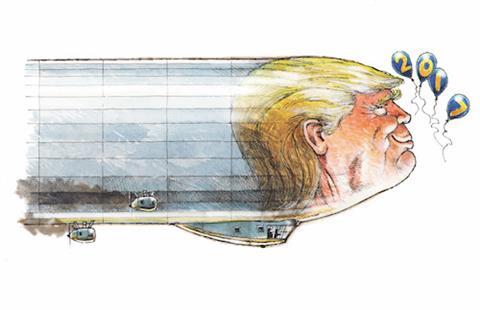 If 2017 contains half the shock level of 2016 it will be a momentous year. This year saw not just one but two heavy blows to the established global order. The Brexit vote represented a popular rejection of the European Union in favour of a return to a traditional model of national sovereignty. In any normal year that would count as a seismic shift. But it was followed a few months later by Donald Trump’s victory in the US presidential election which came too late for discussion in this report. That was against not only Barack Obama’s and Hillary Clinton’s Democrats but a sizeable number of Trump’s fellow Republicans.

Next year, it is possible that this great unravelling will continue. Perhaps the greatest shock would be if Marine le Pen of the far right Front National won the French presidential elections. But there is also the scope for populist parties to considerably enhance their influence in elections in both Germany and the Netherlands.

Given the incredible fluidity of geopolitics this outlook devotes a lot of space to examining it. However, it is important not to lose sight of the investment fundamentals. These are also discussed at length in this section. Corporate earnings, the inflation rate and central bank action are all substantial influences on investment returns.

Indeed there is a strong case that corporate earnings are particularly important to watch over the coming year. Equity prices are currently trading close to all-time highs despite what many have dubbed an earnings recession. The most plausible explanation is that ultra-loose monetary policy has pushed up asset prices. This situation cannot continue indefinitely. If earnings do not improve there is likely to be trouble ahead.

In addition, there are articles looking at more specific aspects of likely and possible trends, including a discussion of risk and an examination of the consequences of the Paris Accord on climate change.

There is also an analysis of the likely investment consequences of further exits from the EU. That is certainly not a prediction for 2017 but, looking at the political year ahead, it cannot be discounted in subsequent years