Pensions Accounting: Is it enough?

In a letter dated 16 July and obtained by IPE, two leading IFRS-sceptic MEPs, Sven Giegold and Syed Kamall, listed seven demands for the European Commission to meet in order for them to support endorsement of IFRS9.

In particular, the MEPs expect the Commission to explain why it has failed to produce clear guidelines on the meaning of ‘the public good’ and ‘the true and fair view principle’, both of which are criteria for the endorsement of IFRSs for use within the EU. The MEPs are also disappointed by the lack of a thorough impact assessment on either the measurement, or impairment, requirements of IFRS 9.

They warn that one effect of banks retaining more balance sheet capital will make it harder for them to lend to small and medium-sized businesses, while long-term investors could see “equity investments [as] less attractive”.

In addition, they want the European Systemic Risk Board to comment on whether the impairment and measurement requirements could have implications for financial stability.

They have also asked the Commission to explain how it would address concerns raised by technical advisers on accounting issues that fair-value measurement requirements under IFRS9 are “problematic”, particularly regarding dividends and transparency. 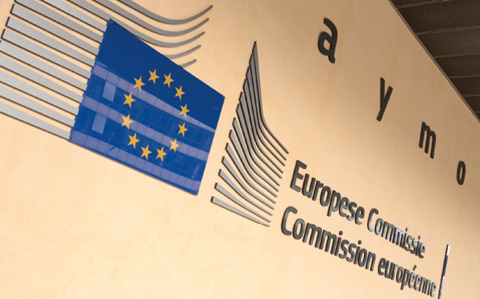 Call to European Commission for clarity on IFRS9

Moreover, they want more information about how Europe’s banks will implement the new proposals, and want the Commission to explain how IFRS9 would interact with Prudential requirements such as Basel III.

Meanwhile, the UK Local Authority Pension Fund Forum (LAPFF) has raised the stakes in its campaign to block IFRS9. In a rebuke to the EU commissioner for Financial Stability, Financial Services, Jonathan Hill, LAPFF chairman Councillor Keiran Quinn has accused the EU’s advisory body on technical accounting matters, the European Financial Reporting Advisory Group (EFRAG) of having misunderstood European law. Quinn writes: “[W]e do not believe EFRAG should have progressed to final endorsement advice without a revised draft of its endorsement advice.”

More worrying for the new standard, Quinn’s attack suggests that IFRS9 now has so many question marks hanging over it that it has become a lame duck standard – even before a single bank has applied its requirements.

In the executive summary to a report on the new standard prepared for the European Parliament’s ECON committee, authors Jannis Bischoff and Holger Daske of the University of Mannheim write: “[IFRS9] reflects a balanced ‘mixed measurement’ approach that incorporates the different views of the participants in the debate. The new standard will not fundamentally change the current accounting treatment for financial instruments under IAS39.”

More precisely, the greatest area of difference between the new model and the US approach lies in the amounts banks will have to set aside to cover future losses. Bischoff and Daske confirm: “The currently proposed FASB approach is likely to give rise to higher loss allowances than the IFRS9 approach.”

Just how much of a difference IFRS9 will make was first raised by former IASB member Elke Koenig in 2012. In comments on IFRS9, the current BaFin chief noted that in jurisdictions that had previously made little or no use of IAS 39’s held-to-maturity category, the new classification model was effectively the same.

Indeed, former IASB member, Jim Leisenring made the same point in 2009 in a dissenting opinion on the first IFRS9 exposure draft on classification and measurement. He argued that it was disappointing that the Board “will not take this opportunity to make, with other standard-setters, truly substantive changes rather than these minimal changes that perpetuate all the legitimate concerns that have been expressed about the mixed-attribute model.”