1
Pensions In France: Why make it simple?

French pension schemes are up in arms over plans for a decree they say imposes harmful constraints on how they manage their assets. Susanna Rust reports

• The government has proposed reforms to the financial regulation of French complementary pension schemes.
• The schemes are strongly opposed to the draft, claiming its provisions are either unworkable or damaging.
• Ircantec, the scheme for public sector employees, is exempt from the regulation.

In the late 1960s and early 1970s, there was a popular animated television series in France called Les Shadoks. It took the country by storm, starring bird-like characters – the Shadoks – who inhabited a two-dimension planet of changing shape. According to French newspaper Le Monde, they were “stupid and mean” and were mainly preoccupied with constructing absurd machines, and working out.

For Jean Eyraud, president of Af2i, the French institutional investor association, one of the Shadoks’ catchphrases regrettably characterises the government’s plans for a decree reforming the financial management of French complementary pay-as-you go pension schemes.

“Everyone knows the famous saying from the Shadoks: ‘Pourquoi faire simple quand on peut faire compliqué?’” he wrote in the association’s 2016 late summer bulletin. “We’ve just seen a new application of it in the form of the social security directorate’s proposal for reform of pension schemes’ financial regulation.”

The catchphrase translates roughly as ‘Why make it simple when you can make it complicated?’.

At the time of writing, the decree is due to enter into effect in July 2017.

When the first draft was presented by the social security directorate in June 2016, it drew considerable criticism and calls for changes.

A second version was presented in March, but, according to the schemes, there was no proper consultation and hardly anything has changed from the initial 2016 draft.

In the words of the Caisse Autonome de Retraite des Médecins de France (CARMF), which manages the mandatory pension schemes for doctors working in the private sector, the new text “does not satisfactorily address the different demands that were formulated”.

The Caisse Nationale d’Assurance Vieillesse des Professions Libérales (CNAVPL), an association comprising of CARMF and nine other schemes for ‘free’ professionals such as dentists, midwives, and architects, says complementary pension schemes are “in danger” as a result of the decree.

It described the proposed text as “unnecessarily complex” and “harmful where it isn’t unworkable” – an analysis in keeping with Eyraud’s Shadoks-inspired criticism.

All the schemes affected by the decree are opposed to it, and have called on the French president and others to postpone its introduction to allow for consultation and changes to be made that address the scheme’s concerns. 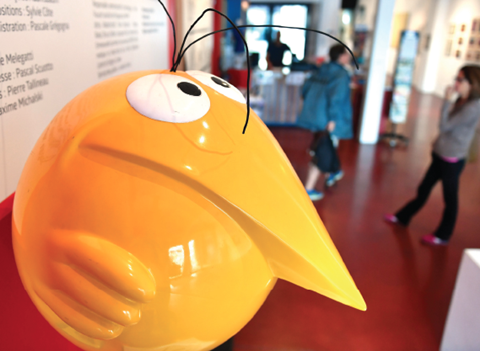 The government did not return a request for comment.

According to CNAVPL, the decree would affect €50bn of reserves in total as it would cover all 10 CNAVPL schemes plus the regime for the self employed (RSI), the regime for barristers (CNBF), clerks and employees of law firms (CRPCEN), civil aviation flight crew (CRPN), and agricultural workers (MSA).

The decree has its origins in inspections carried out by the IGAS government agency in 2013, which found that, in general, schemes lacked the internal capabilities needed to deal with “the complexity of the financial instruments they manage”.

According to the pension schemes, the decree introduces rules that would have negative repercussions on the returns they can generate from their reserves and could accelerate the reserves’ decline.

The RSI had calculations carried out that show the proposed investment rules would have led to a shortfall of about €200m in 2016 if it had been implemented.

“Everyone knows the famous saying from the Shadoks: ‘Pourquoi faire simple quand on peut faire compliqué?’ We’ve just seen a new application of it in the form of the social security directorate’s proposal for reform of pension schemes’ financial regulation”
Jean Eyraud

Louis Grassi, president of the investment and financial operations committee at RSI, says it was inadmissible that the decree would considerably hurt financial performance when the financial management of RSI scheme reserves had “proven itself year-on-year, on the basis of rigorous and prudent management principles”.

One of the controversial aspects of the draft decree is a requirement for schemes to match assets to liabilities for the next decade.

According to CNAVPL, the asset-liability matching requirement would have the effect of “freezing” the equivalent of a 10-year deficit.

“For a scheme in deficit, the lost returns could reach several hundred million euros over the next 30 years,” it told IPE. It added that this would bring forward by several years a period in which the reserves would dry up compared with the trajectory under schemes’ current investment policy.

The RSI says the life expectancy of its reserves would have been cut by six years if the decree had been operational in 2016.

The draft decree also sets out rules that would affect asset allocation. According to the French asset management association, for example, the decrees would, if unchanged, effectively prohibit the schemes from investing in small- and medium-sized enterprises via private equity funds. This has to do with a controversial requirement for the schemes to create a type of pooled funds and rules on how these invest.

According to the RSI, schemes want a new decree that sets out management principles and reinforces regulation “rather than setting out an exhaustive list of restrictive, or even counterproductive, rules”.

One scheme, however, does not have to worry about the decree. Ircantec – the €9.8bn French supplementary pension scheme for public sector employees, including both national and local government employees and hospital workers –  was initially covered by the draft decree, but has managed to extract itself from its remit.

The feat did not go unnoticed by those schemes left fighting the regulation. In its March 2017 statement on the second draft of the decree, CARMF said it was “incomprehensible” that Ircantec had been excluded. In its statement at the same time, CNAVPL also noted Ircantec’s exemption, and says that no explanation had been provided.

Like the other schemes, Ircantec reacted strongly to the proposed regulation. In one statement it chose the wording “L’Ircantec s’insurge contre le décret”, meaning that it was rebelling, or rising up against the plan for the decree.

It had two main concerns: that the decree would scupper its ability to implement its socially responsible investment policy, which it holds dear, and that it would hamper its plans to develop a new strategic asset allocation. The requirement to participate in the pooled funds with at least one other scheme was seen as a threat to Ircantec’s socially responsible investment policy as the other schemes have not adopted such an approach.

Ircantec also noted that IGAS, the government agency that carried out the scheme inspections in 2013, had excluded Ircantec from its criticism of schemes’ management.

Discussions with various ministries followed and an agreement was eventually reached, with Ircantec agreeing to measures reinforcing transparency and governance, said Costes.