Smaller pension funds do not necessarily have lower returns, according to PPCmetrics

A question frequently discussed in the Swiss pension fund market is whether smaller pension funds are less efficient than larger ones at managing their investments. Here we discuss the following questions:

We use data from our most recent analysis of pension fund annual reports. The study is based on the audited annual reports of about 290 pension funds with total assets of over CHF648bn (€593bn) and over 3.4m members. The scope and quality of the data allow comprehensive empirical analyses.

1. The level of pension assets had no influence on the absolute return during the period under review.
Return is a term used to describe the overall result of an investment, measured as the actual yield as a percentage of the capital employed. It is based on distributions (interest, dividends, etc) and on changes in value (total return). In the case of the net return, the fees for managing the assets are also deducted. Net returns are used in the following analysis.

The analysis is based on the observation period 2017-18. While in 2017 most investment strategies of Swiss pension funds generally generated clearly positive returns, in 2018 the returns of most pension funds were negative. In both years, different asset classes were successful. Since 1985, Pictet has been calculating the Pictet BVG indices, which track the performance of mixed mandates with a reference currency of CHF.

Figure 2 confirms this finding. The average absolute return of the pension funds within the asset categories shown was between 2.27% and 2.48% annually in 2017 and 2018. An exception are funds with assets of between CHF500m and CHF1bn, where the average investment return was 3.07% annually.

The higher figure is mainly attributable to one pension fund with an average absolute return of more than 9% annually and thus a clear outlier within the peer group. If this extreme value is not taken into account, then the mean value drops from 3.07% annually to 2.69% annually and would thus still be higher than in the other four asset categories presented.

This means the analysis cannot confirm the hypothesis that large pension funds have a performance advantage over small ones in the period 2017 and 2018.

2. There are only minor cost differences between small and large funds in terms of assets.
In 2018, these averaged 44bps (median: 40bps) for transparent investments for all pension funds (figure 3). The median and average increased slightly compared to the previous year (2017 average: 43bps; median: 38bps). The average costs remain approximately constant up to a maximum asset size of CHF5bn. Costs for larger assets between CHF5bn and CHF10bn are slightly lower. The costs are highest on average for funds with assets in excess of CHF10bn.

This result may seem surprising at first glance, since asset management costs are generally degressive – proportionate reduction of costs with increasing assets. One possible explanation for this result is that larger pension funds tend to invest more in alternative investments, which are usually associated with higher costs. If a higher net return can be achieved, this is in the interest of the members. However, as stated, no correlation between the absolute net return and the size of a pension fund can be established for the period 2017-18.

In addition to asset size and the proportion of alternative investments, the mandate type (active versus passive) and the use of collective investments also have a significant influence on asset management costs.

However, the slightly positive relation is not statistically significant. Only about 1% of the variation in the effective interest rate is explained by the absolute return in 2018. Other variables, such as current risk-bearing capacity, seem to explain a more significant proportion of the variation. Many pension funds, and a significantly larger proportion compared to the previous year, chose the BVG minimum interest rate of 1%, regardless of the absolute return in 2018. 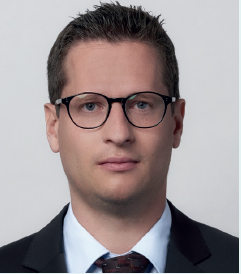 A higher return in 2018 does not necessarily mean a higher interest rate for members. Even when returns were similar, there are high fluctuations in the effective interest rate. Figure 4 also includes a few pension funds – 14 out of 240 (or 5.8%) – that have stated that their interest rates are below the legal minimum rate of 1%. These are mainly underfunded pension funds, which have defined a lower interest rate as a restructuring measure.

In summary, it can be stated that, despite an average absolute return of negative 2.86% in 2018, Swiss pension funds paid an average interest of 1.39% on the savings of active policyholders, which was even higher than the prescribed 1% minimum. 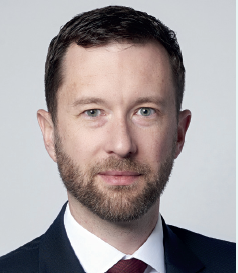 In the most recent market phase (1 January 2017 to 31 December 2018) this did not result in any disadvantage for small pension funds in terms of the absolute return achieved.

Finally, the interest rate of active policyholders currently appears to be driven by other parameters than the reported absolute return.

We assume that higher priority will be given to adjusting the technical provision parameters to the latest interest rate developments.

Lukas Riesen, CFA, is partner and head of ALM and actuarial consulting at PPCmetrics and Adrian Imhof, CFA, is senior investment consultant