How we run our money: HeidelbergCement

Marc Boone of HeidelbergCement (pictured), tells Carlo Svaluto Moreolo why the group’s approach to running its many pensions schemes is like sailing a fleet of ships 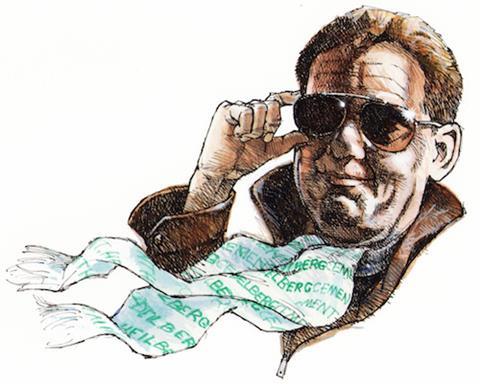 Whether you are discussing defined benefit (DB) or defined contribution (DC) pensions with Marc Boone, global head of pension asset management at HeidelbergCement, beware of using popular terms in pension jargon such as ‘glide path’ or ‘flight plan’. He might look bemused given his experience as a pilot.

Yet he comes up with a transportation-based metaphor when describing the challenge of managing the pension assets of the DAX 30 cement group. Boone says that it is like turning a fleet of ocean liners.

The ocean liners represent the many pension schemes that HeidelbergCement has acquired during its 140-year history. Boone says: “If you want each of them to go in the right direction, you have to start turning early and apply the appropriate energy.”

The group originated in Germany but has spread to about 60 countries. There is a sizeable German pension scheme operated through book reserves, as well as two small contractual trust arrangements (CTAs) based in the company’s home country. But most of the pension schemes it sponsors are based outside Germany. The bulk of the DB assets are held by five large UK schemes, one of which, the largest overall, is a hybrid one.

Keeping that fleet of pension funds sailing smoothly beside the parent company can be a complex task. As the metaphor suggests, it takes much time and tremendous skill. Boone is responsible for ensuring the ocean liners turn in the same direction at once. In other words, he sees that the local pension schemes are managed consistently with the overall financial, operational and reputational objectives of the group.

In practical terms, Boone’s primary focus is on risk control, and a large part of that entails reaching joint asset allocation decisions with local pension scheme trustees. He says: “I try to steer the strategic asset allocation and liability management at local level, since the guiding principle at group level is to manage the pension investments to minimise the volatility that flows through from the schemes to the group’s balance sheet.”

The basis for the smooth sailing of the fleet is a positive relationship with local pension scheme trustees. In the nine years since he joined HeidelbergCement’s treasury department, he has focused heavily on building that. Thanks to a fruitful collaboration between his department and local trustees, the group’s pension schemes are well on their way to self-sufficiency, and the group’s pension-related risk is under control.

Boone, who is a trustee on each of the UK pension schemes sponsored by HeidelbergCement group companies, says: “For a large multinational, the challenge is making sure the local plan trustees do not look to you as interfering with what they are trying to do. In our case, over the past years the local trustees have become very comfortable with what I bring to the table and what I am trying to achieve from a group perspective, and I am comfortable with what they are trying to achieve.”

Boone’s background certainly helped him build the relationship. He is an American citizen but he spent a considerable time in the UK, where he studied law. For the past 17 years, he has lived in Germany. “I fit well with all those cultures, and it’s made it easy to work with my colleagues in the US, UK and Germany.”

“I think the most important part is to give that strategic asset allocation some constraints”, says Boone. The objective is to keep the one-year, 95% confidence level surplus at risk within a specific limit that is set according to the total defined benefit obligation (DBO) for each of the schemes. Boone explains: “I do not use that surplus at risk limit as firm guidance, but I might set an objective to keep it at no more than 10% of the total DBO for a scheme. That is how much total risk I will allow for any given scheme.”

Some of the local consultants, he says, are beginning to align to this framework by focusing on surplus at risk. Other still use more conventional stochastic models and asset-liability-matching concepts. “But we can still talk in terms of specific asset classes and how those might fit into the portfolio,” says Boone. Asset allocation recommendations by local consultants are integrated within the general allocation framework.

The other fundamental constraint to the strategic asset allocation is the chosen hedging level. Boone targets high levels of hedging against both interest rates and inflation. Most of the schemes are hedged against 85% of interest rate risk and 100% of inflation risk.

Boone recounts how he pushed for an increase in the hedging level back in 2013. “We were a lot less hedged before then, but I had decided the economic fundamentals were no longer driving the interest rates. I was among the few who believed that rates were going to continue to fall significantly, and so we increased the hedging from roughly 60% to the current 85%.”

The hedging for the UK schemes was built predominantly through Gilts and index-linked Gilts, following a philosophy that Boone says has been in place since before he joined. That means the company, in terms of DB funding level, has benefited significantly from the market’s flight to quality in reaction to the Brexit vote earlier this year.

At the end of 2015, 63% of the group’s pension assets were invested in fixed income and 22% in equities. Alternatives and cash took up 11% and 4% of the assets respectively.

Boone says the group emphasises the importance of controlling asset management costs. “From the earliest days, I was asked to invest most of the assets through low-cost passive strategies. The total asset management cost for us, as a group, is around 25 basis points. Some schemes spend under six basis points and others use the full 25,” he explains.

To control asset management costs, Boone has opted for fully passive management of the group’s equity assets. “The probability of getting a superior asset manager year after year is negligible. We decided that it is more appropriate to just take a flat exposure to the world’s market capitalisation at very low cost. If you buy beta, you cannot be surprised with what you get. And the equity beta lines up well with the inflation factor that is built into our liabilities,” argues Boone.

The active management budget is allocated mainly to the alternative space. The group invests about 19% of its alternative assets in strategies such as illiquid credit, non-performing loans and direct loans. These are markets where Boone recognises investors need to leverage the skill of experienced managers.

But the largest alternative investment is what Boone defines as “global tactical asset allocation”, which takes up 61% of the alternative bucket. It consists of a portfolio of diversified growth funds (DGFs) which allow the group’s pension schemes to take advantage of short-term opportunities in global markets to a certain degree.

The alternative portfolio also includes investments in long-lease, inflation-linked property as well as other types of real estate, which account for 13% and 7% of the assets, respectively.

There is a small position in hedge funds but the group has chosen not to continue investing in the asset class. “As a group, we have divested from hedge funds completely, but there is one plan that had an investment that was worth keeping. We feel the fees were so high that they didn’t really justify the risk-return picture that we were getting. There are some hedge fund managers that are very good, but they can only take so much capacity and small groups like us just don’t always come to the front of the line,” Boone says.

The overall strategy has clearly worked. The annualised return on the pension investments, since Boone joined the company nine years ago, is 7%. The only negative year was 2008, when the portfolio lost 2.2%. The return for 2015 was 0.6%, but the funding level improved. In 2014, the assets generated 18.7%.

Boone’s culturally diverse background certainly gave him a head start in the business of managing a multinational company’s pension assets. But his strength also comes from the variety of experiences he has had. Before entering the finance world, Boone was an intelligence analyst for the United States Air Force.

He says that in the current environment, when it comes to developing a view on long-term market returns, his experience as an intelligence analyst is sometimes more useful to him than his Chartered Financial Analyst (CFA) qualification. He argues: “I think the markets have become increasingly decoupled from fundamentals. Now it’s more about politics and money flows, rather than actual business results. But my CFA still tells me that there’s a little more than money flow holding up a lot of the asset classes.”

Boone points out that current valuations, particularly in the equity markets, are telling a complicated and perhaps distressing story. He argues that with S&P 500 stocks trading at price-to-earnings ratios of 25, when the historical mean and the median are closer to 15, investors must be convinced that the world economy is on track for persistently stronger growth.

“Either that, or investors simply have no better place to put their money. And I think it’s the latter. Also, there are around $13trn (€11.5trn) worth of sovereign debt that is already in negative yield territory, and the US and UK are not too far away from having negative yields themselves,” Boone says.

The prospect of negative yields has profound implications for discounting methods. He says the discussion of discounting should turn to negative rates. “I wonder what the actuaries will do in terms of valuing liabilities if we start to see negative yields in places where we have liabilities. Conceptually, you stop discounting at zero, so, in theory, liabilities have a ceiling. And assets continue to rise in line with the fall in yields.”

Clearly, discounting methods should be reconsidered. Boone says he has employed both a full yield-curve approach and ones that use fixed sets of interest rates. “Actuaries push for a full yield-curve approach, and it’s true that this is more state-of-the-art. However, there might be instances where there are perverse results – for instance, if the yield curve inverts or the yields go negative,” he argues.

Like most groups of its kind, HeidelbergCement ultimately aims to offload the pension risk. But Boone says the group is not rushing towards pension buyouts. “For some pension schemes, buyouts might happen in the foreseeable future. In other cases, the buyout valuation is so high that it will require some serious thought about coming up with the necessary funds. But I think we are well on our way to self-sufficiency and that’s a necessary step.”

In future, the group is likely to participate strongly in designing the structure of the DC plans it sponsors. Boone points out that a sizeable amount of the company’s pension assets are in DC  arrangements. “DC has become the principal benefit vehicle for employees going forward. From a group perspective, the DC assets are less visible accounting-wise. But in terms of reputational and operational things they are as important as the DB assets, so I try to stay on top of that. For instance, I spend a great deal of time with investment consultants in the UK working on the default arrangement,” he says.