1
Iceland: A glacial pace of change

Pension funds have welcomed the long-awaited lifting of capital controls imposed during the financial crisis as they look to reallocate their assets. Taha Lokhandwala reports

Decisions made in the immediate aftermath of the 2008 financial crisis will provide a foundation for debate in lecture halls in years to come, as competing sides use hindsight to argue whether they were effective, fair or the best course of action. For Iceland, a significant victim of the banking crisis that engulfed the globe after the collapse of Lehman Brothers, that conversation never really ended, as the government and investors have argued over protectionist capital controls placed on the króna.

As the summer months approached in 2015 and the longer days set in over the North Atlantic island, for domestic investors – including the ISK2.9trn (€18.9bn) pension funds – some rays of sunshine began gleaming once more as Parliament set out plans to ease restrictions.

After the government stepped in to support its three largest banks, receiving $10bn (€8.9bn) in loan assistance from neighbours and the International Monetary Fund (IMF), the central bank swiftly introduced capital controls to stop economically disastrous outflows from foreign investors and bank creditors devaluing the króna.

Lost in the shuffle were the country’s then 37 pension funds, which could no longer make new investments in a foreign currency. Some seven years later, the country’s now 26 funds are still investing under the same restrictions, but now see the end in sight. Investors expect some relaxation in rules by the end of the year.

The controls were originally brought in to stop foreign owners of Icelandic assets from triggering a run on the króna by pulling out of the collapsing economy. But they also forced Iceland-based investors to support the local economy with investments, and not always to their liking.

Now, as talks and action on lifting controls make meaningful progress, the pension funds must think carefully about how to diversify their assets. According to the Icelandic Pension Fund Association, about one-fifth of the assets are held outside the country, with ideal allocations closer to 50%.

Icelandic pension funds are to partially finance a $300m (€266m) silicon metal plant in the country’s north, partnering with Germany’s development bank for the project.

The factory is to be built for Germany’s PCC Group near the town of Húsavík. Íslandsbanki Corporate Finance estimates that it will attract up to ISK7bn (€46m) in direct investment over the next three years.

The domestic pension sector was previously said to be contributing more than a quarter of the financing, with a statement from Íslandsbanki confirming that the funds would now contribute $80m through Bakkastakkur, a joint venture among more than 10 funds and the bank.

Bakkastakkur and the associated pension funds will offer debt financing and receive preference shares in PCC BakkiSilicon for providing financing.

However, the lifting of controls is tricky. A problem with artificial economic interventions – be they controls on currency flows or quantitative easing – is predicting and regulating the behaviour of markets when they are removed. Markets quickly adapt to new norms when measures are introduced and thus cannot be controlled when free movement is brought back to the fore.

In a briefing paper by Iceland’s finance ministry from March, it said there were three main complexities in lifting the restrictions that would cause issues for the ISK, and undermine the praiseworthy economic progress made since 2008. One of those complexities was outflows by domestic investors. The IMF estimates the value of potential outflows from all Iceland-based investors could be as much as 25% of GDP. But it concedes this would depend on investor attitude towards Iceland and foreign markets at the time. 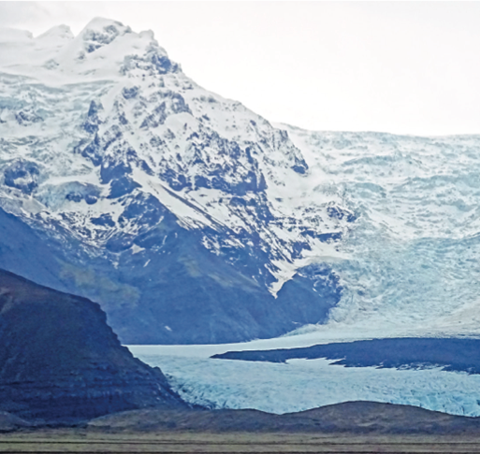 The central bank, in a paper in 2012 on how the government should approach relaxation of capital controls, recommended “speed limits” on how quickly pension funds could reallocate assets, with expectations it could apply significant pressure on the króna. The report suggested limiting allocations for pensions and relaxing this in stages.

Expectations are that by the end of 2015 the pension fund industry will be given a quota to invest in foreign currency, with current estimates around ISK10bn a year. This will be reviewed annually based on the country’s economic performance – making it potentially a very slow process. The proposed amount is close to one-quarter of net inflows into the pension funds, making it just enough to keep the share of foreign assets at the current level of around 22%.

Gylfi Jónasson, managing director of the ISK99bn Festa Pension Fund, says that, given discussed levels of the quota, any steps will be small.

“It is good news and a favourable event, but we are not seeing any major changes. It is a such a low level it will not have a huge impact,” he says.

It is easy to understand Jónasson’s scepticism. Festa could easily swallow a ISK10bn annual quota for pension funds. The scheme needs to increase its foreign currency-denominated assets by approximately ISK21bn to be at the desired diversified level, and, given its positive cash flow from contributions, this will only go higher.

If the overall system laid out by the Parliament and executed by the central bank is successful, the quota for pension funds should increase. Movement by officials is testament enough to the current strength of the economy, and with tourism and fishing industries growing, this could fuel further positivity.

However, what remains to be seen is the reaction from other stakeholders. The failed Icelandic banks have international creditors waiting to reclaim their assets. Proposals are in place to ensure a gradual flow of the króna back to these investors, with tax penalties for those moving quicker than the Icelanders would like.

“It is of great importance for us to see a gradual lifting of the controls and in the quota for pension funds,” Jónasson says. “The bottom line remains – it is a positive step but, for now, a minimal impact on their asset allocation.”