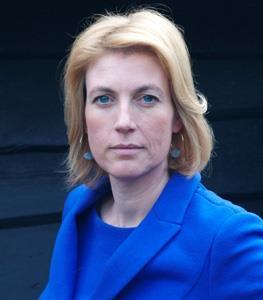 AlpInvest is owned by US private markets manager Carlyle Group, but emerged from a joint venture between PGGM and fellow Dutch pension manager APG that began in 1999. It was sold to its management and Carlyle Group in 2011 while Bagijn was a senior member of the private market assets team at PGGM.

Tikehau Capital – The French asset manager has appointed France’s former prime minister François Fillon as a partner, starting tomorrow. The company said in a statement that Fillon’s “in-depth knowledge of French and European economic issues will bring real added value to Tikehau Capital and be of major benefit in driving… growth”.

T Rowe Price – Maria Elena Drew has joined the US asset manager as director of research for responsible investing. T Rowe Price said Drew would “deepen the firm’s research on environmental, social and governance [ESG] considerations and focus on the continued incorporation of this analysis into the firm’s investment decisions”. She joins from Goldman Sachs Asset Management where she worked for nine years as an equity analyst, portfolio manager and ESG specialist.

Mercer – The consultancy giant has named Gil Platteau as country head of Switzerland for its investment solutions business, a newly created role. Platteau will lead distribution of Mercer’s institutional investment services in the country. He joins from Rothschild Asset Management in Zurich, where he was also country head for Switzerland.

Unigestion – The Swiss investment manager has appointed Philippe de Vandiere as senior vice president responsible for institutional clients. Based in the company’s Paris office, he will be responsible for its French distribution and client relationships. De Vandiere previously worked in the institutional sales team at Allianz Global Investors, also in Paris. Unigestion runs €3bn in France and nearly $24bn (€20bn) worldwide.

Robeco – Martin Nijkamp is to start as head of strategic products and business development at asset manager Robeco tomorrow. Nijkamp joins from NN Investment Partners, where was involved in developing defined contribution products for the retail market.

Meanwhile, Maureen Bal has been appointed as a member of Robeco’s executive committee, focusing on legal affairs and compliance. She was previously director of corporate affairs and legal counsel at APX Holding. Prior to this, Bal worked at ING, Fortis Bank, MeesPierson and Amsterdam Stock Exchange, the predecessor of Euronext.

Aon – Hans Taal, chief commercial officer (CCO) of Aon Risk Solutions, has left the company for a job at insurance broker Marsh. Taal has worked at Aon for 22 years, and became CCO last September. He has been succeeded by Stefan Weda, who was previously chief broking officer at Aon.