3
PEPP: How to kill an EU proposal

PEPP: How to kill an EU proposal

The PEPP has been stripped of its initial ambition

Not much is left of the Personal European Pension Product (PEPP) as intended by the European Commission in June 2017. Proposed as a core element of the Capital Markets Union (CMU), the text as agreed between the European Parliament and the EU Council has become unclear, unattractive and unsuitable. The Parliament should not have rushed to sign off on an inadequate measure, and the Commission would have done well to withdraw the text. Key elements of the proposal were diluted, or replaced, in response to pressure from member states and organisations. It is a classic example of how not to create the CMU: protecting national idiosyncrasies and vested interests, and losing out globally at the same time.

The PEPP was intended to generate large-scale portable, cost-efficient and simple long-term savings products that would be offered alongside national pension product regimes throughout the EU. Over time, this buy-side initiative under the CMU programme was supposed to become a significant investment vehicle in support of the EU economy, similar to the pan-European UCITS fund product, first adopted in 1985. An interesting novelty of the original proposal was that authorisation would be in the hands of the European Insurance and Occupational Pensions Authority (EIOPA), but prudential supervision of product providers would reside with national authorities. A default investment option would be structured as an insurance product with capital protection, whereas four other options would be long-term savings products.

The limited retirement savings of European households coupled with the high costs of investment funds, and even greater costs for life insurance, underscore the need for a well-structured PEPP. Currently, European households are overweight in deposits, which may be caused by the inefficiency of investment fund markets. European fund markets – which function as a private savings vehicle for retirement (third pillar) – are fragmented with a low average fund size, and high charges. A recent Commission study found that the average first-year cost for an investment product was 4%. The European Securities and Markets Authority (ESMA) revealed that performance charges of funds reduce returns by up to one third, and that countries with unbundling requirements, now part of MiFID II, have lower costs. 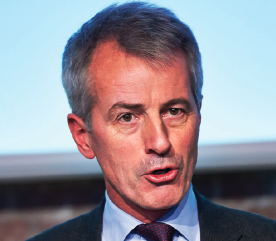 Against this background, the PEPP was designed to encounter a huge latent demand and tackle the inefficiencies in current investment fund markets. According to the Commission, with PEPPs receiving the same tax treatment as national products, the personal pension funds market could reach €2.1trn by 2030. The first parliamentary report, published in September 2018, made the proposal attractive, by subdividing PEPPs into two different products, an insurance and a long-term savings product, and limiting the number of elements where delegated provisions can apply to three. It also proposed a maximum limit for charges of 1%.

However, the final text is a messy compromise.

● To start with, it has become two-thirds longer, with a higher number of articles subject to delegated acts and technical standards. The simple initial proposal has become complex, and devolves more elements to member states, with all this implies for the attractiveness of the product. And this is not a directive but a regulation, an EU legal instrument.

● The investment options have risen to six, with one ‘basic PEPP’ or default option with a capital guarantee, while the others provide a guarantee or risk-mitigation technique (life-cycling) intended to ensure sufficient capital protection for PEPP savers (article 42.3). It is unclear what the difference between a capital guarantee and a simple guarantee is. It could lead to the perception that the capital is guaranteed, which is not the case. For the basic PEPP with a guarantee, providers will have a legal obligation to ensure that savers recoup at least the capital invested. For the basic PEPP with other risk mitigation techniques, it has to be consistent with the objective of allowing savers to recoup their capital, but without any legal obligation (see article 34.3). This is confusing. As with the fragmented UCITS market, it is hard to see efficient competition emerging for guaranteed solutions due to their complexity, which may unduly motivate advice or selection preferences. Here again, the parliamentary option of only two products was clearer.

● The limitation of costs and fees has been kept at 1%, but is subject to review: “Every two years from the date of application of this Regulation, the Commission shall […] review the adequacy of the percentage value referred to in paragraph two. The Commission shall, in particular take into account the actual level and changes in the actual level of costs and fees and the impact on the availability of PEPPs. The Commission is empowered to adopt delegated acts […] to amend the percentage value referred to in paragraph 2 of this Article in the light of its reviews with a view to allowing appropriate market access for PEPP providers” (article 45.4).

● The text has become applicable exclusively to individual pension savings in the third pillar, not for occupational pensions. This is clear throughout the text, indicating that the latter are subject to the Institutions for Occupational Retirement Provision (IORP) directive. This excludes the possibility of using the PEPP as a form of occupational pension for SMEs (see article 1(c): where it is defined as “neither a statutory nor an occupational pension product”). This is based on an illusion that a distinction can be made between second and third pillar pensions, or that countries with labour rights-related pay-as-you-go pension schemes could not have a second pillar funded pension scheme. IORPs that already provide personal pension products could offer PEPPs while ring-fencing the assets.

“Where the PEPP was designed initially as an insurance or savings product, it has become just an insurance product”

“Currently, European households are overweight in deposits, which may be caused by the inefficiency of investment fund markets”

● EIOPA’s function has been relegated to that of maintaining a registry of all the PEPPs available in the EU and their providers. This is a long way from its initial authorisation role as proposed by the Commission. EIOPA could refuse to register a PEPP, but this would be an attack upon the member state that had authorised it, and would have to pass through the supervisors of EIOPA, where EIOPA management has no say. EIOPA also has PEPP market monitoring and intervention powers, but this is also under the control of its board.

● The conditions related to the accumulation, decumulation and the out-payment of the national sub-accounts will be determined by member states unless specified.

● The national compartments, in between which mobile workers can switch, have become national sub-accounts, which providers can offer in other member states. The sub-account should be used to keep a record of the contributions made during the accumulation phase and the payments made during decumulation in compliance with the law of the member state for which the sub-account has been opened. This is to qualify for the tax incentives in that member state. Switching between providers is possible, but at a maximum cost of 0.5%. In that case, the contributions made to and withdrawals from the sub-account may be subject to separate contract terms.

● The final agreement reached by the Parliament and the Council did not preserve the Commission’s ambitious approach on portability. PEPP providers are now only obliged to provide products comprising sub-accounts for at least two member states within three years of the entry into force of this regulation. However, partnerships between potential providers in different member states might ease the burden of entering the PEPP market.

● The fragmented nature of the account construction across countries will have an impact on the diversification of the assets. PEPP providers are required to invest assets in accordance with the ‘prudent person’ rule (article 41). The assets are to be invested to ensure the security, quality, liquidity and profitability of the portfolio as a whole, but will this be possible if funds cannot achieve a minimum scale?

● PEPP savers will be able to choose the form of out-payments for the decumulation phase (annuities, lump sum, regular drawdown payments or a combination of these) both at the conclusion of a contract and when opening a new sub-account.

● PEPPs can be offered by all EU-authorised forms of financial services providers, including IORPs and Alternative Investment Fund Managers (AIFM), which sits oddly with the narrowed scope of the regulation.

Where the PEPP was designed initially as an insurance or savings product, it has become just an insurance product, as there is always a guarantee element involved. This is possibly what made the text more onerous, as this is the first EU-wide insurance product regulation. But, this also means that it cannot become a UCITS or achieve the same success. This is a missed opportunity. The EU is not only in need of a large-scale portable private pension product, but also of a long-term savings product, with lower liquidity requirements than a UCITS and more limited withdrawal options. The PEPP text as adopted leaves the impression that it is impossible to construct a truly EU-wide long-term savings product.