The €215bn Dutch asset manager PGGM is to invest $1bn (€880m) in a new reinsurer to be established in cooperation with Bermuda-based RenaissanceRe.

The joint venture, named VermeerRe and also based in Bermuda, will reinsure US properties against natural disasters such as flooding, storms, tornadoes and earthquakes.

In a joint statement, PGGM and RenaissanceRe said the Dutch firm would be the sole investor, taking an initial stake of €528m. This will be extended with an additional €352m “to pursue growth opportunities” next year.

PGGM is the asset manager for the €206bn Dutch healthcare scheme PFZW.

She added that the insurance investment contributed to the desired diversification within PFZW’s entire investment portfolio, and would also have an attractive risk-return profile, “as a financial crisis is no natural disaster”. 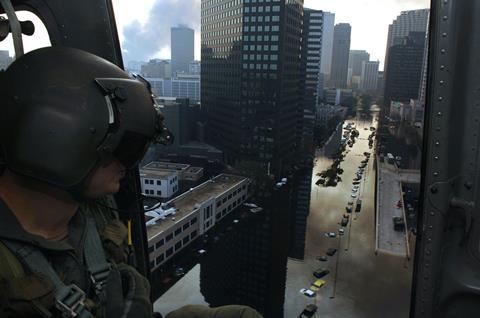 Flooding in New Orleans after Hurricane Katrina hit in 2005. VermeerRe will provide reinsurance to US properties for natural disasters.

In a position paper, PGGM said that the risk exposure of the investment could be assessed in detail because of the “short contracts, sophisticated models and abundant data available”.

PGGM and RenaissanceRe said that VermeerRe had received an A-rating for financial strength from US ratings agency AM Best, and had obtained approval in principle to be licensed and regulated by the Bermuda Monetary Authority as a Class 3B reinsurer.

VermeerRe will be managed by Renaissance Underwriting Managers. RenaissanceRe – founded in 1993 – also has offices in the US, the UK, Ireland, Switzerland and Singapore.

PFZW started investing in insurance in 2006. According to PGGM’s Takken-Somers, the holdings generated an annual return of 7% on average since then, even delivering a positive result in 2008.

Takken-Somers highlighted that the portfolio’s purpose was also to accrue financial buffers for unpredictable events, and explained that PGGM’s risk exposure was comparable with that of its catastrophe bonds allocation.

She said PGGM has focused on building strategic partnerships with top-tier reinsurance companies to improve access to and selection of risk since 2014.

“We seek efficient implementation of our investments as we believe this leads to superior returns,” she added.

According to Maurice Wilbrink, spokesman for PGGM, the structure of LeoRe was different from VermeerRe as it involved a catastrophe bond issued in a partnership with MunichRe.