Pension Insurance Corporation (PIC) has partnered with an American insurer to automate part of the de-risking process for smaller pension funds.

It means PIC and Prudential Financial can automate the longevity reinsurance aspects of buyouts and buy-ins for schemes of less than £200m (€227m) in size, improving efficiency and reducing costs for all parties.

The new system allows PIC to secure a commitment from Prudential to take on longevity risk early on in any derisking transaction. Subject to meeting Prudential’s criteria, the schemes and the insurer are given price certainty from Prudential and guaranteed capacity for reinsurance.

“We have been able to provide a specific commitment that lets [PIC] know that it can use our model to come up with the underwriting and fee structuring,” he said.

“As PIC is executing the pension insurance, it has full transparency and commitment [on reinsurance]. The fact that we have a transparent set of criteria for underwriting gives them not only great certainty but also reduces – or even eliminates – the need for us to do due diligence on the scheme and its data.”

LCP, the UK consultancy and a lead adviser on many derisking transactions, reported that insurers had “a pipeline of over £30bn of deals” going into 2018. Capacity in the market had grown by £5bn, the firm said. 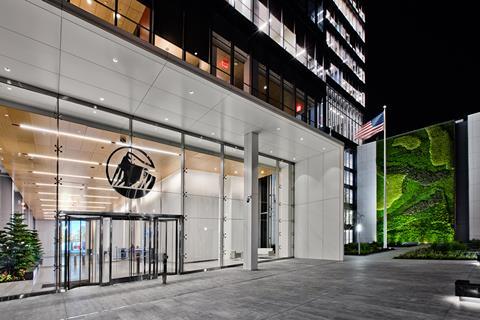 UK pension insurers like PIC tend to reinsure their bulk annuity business against the risk of members living longer than expected. Prudential’s McCloskey said this was a “more efficient” use of their balance sheets and allowed them to focus on investment risks.

As well as a long-standing partnership with PIC, the US insurer has backed major longevity swap deals for Marsh & McLennan Companies and the BT Pension Scheme in recent years. The latter transaction remains the biggest longevity risk transfer deal ever completed, covering £16bn of liabilities when it concluded in 2014.

Eight funds have already signed up for the service, the company said. They will upload anonymised member data to an online portal, which then “streamlines” the data for insurers to analyse and price. This replaces the current “manually intensive” process for insurance pricing, JLT said, whereby insurers would process data on member benefits directly from schemes in whatever format it was held.

Using its comparison service, the consultancy said schemes would “receive actual quotations, rather than proxy buyout prices on a regular basis, allowing them to expedite the process towards locking into a bulk annuity contract”.

Harry Harper, head of buyouts at JLT Employee Benefits, said: “With more schemes coming to market, the existing model was becoming inefficient, giving rise to a situation where schemes received fewer quotes, paid higher prices and could not update quotations regularly, to the detriment of all market participants.

“By allowing schemes to access regular ‘real’ pricing, companies and trustees using our service will be able to spot when insurer pricing has improved and can transact immediately to capture the pricing opportunity. For our clients, improved automation means better information, more quotations and less chance of missing opportunities.”