​PKA’s Damgaard Jensen to quit as CEO next year

Peter Damgaard Jensen, a prominent figure in the Danish pensions sector for decades, has announced he will quit as chief executive of labour market pension fund PKA in a year’s time.

He will step down in the spring of 2020 after 19 years in the role, according to an announcement from the DKK275bn (€36.9bn) pension provider.

Damgaard Jensen said: “I have been very happy to lead PKA for so many years, and I am proud of what we have achieved.”

PKA was in a strong position today, creating “great value for members, while making a positive difference to our environment” through its investments, he said.

“For the same reason, I have considered that it is the right time to lay down a plan for when to pass on the assignment,” said Damgaard Jensen. 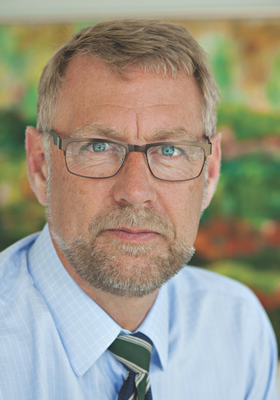 He has agreed with Stephanie Lose, chair of PKA, to step down as chief executive next spring, to coincide with his 66th birthday.

Lose said Damgaard Jensen had been at the heart of the positive development PKA had undergone.

“He has been in charge of a PKA which today is stronger than ever, when it comes to the number of members, value creation and accountability,” she said. “So I appreciate the good dialogue we have had about the decision, and the fact that Peter has chosen to continue until April next year, so we have plenty of time to find the right replacement.”

PKA, which runs four pension funds in the social and healthcare sectors, said its supervisory board would now start the process of recruiting a new chief executive.

Damgaard Jensen is chair of the Institutional Investors Group on Climate Change and is a board member at Forsikring & Pension, the Danish trade body for insurers and pension providers.