Responding to TPR’s consultation on the Future of Trusteeship and Governance, the Pensions and Lifetime Savings Association (PLSA) said it welcomed the regulator’s decision to scrutinise scheme governance and administration over the next 12-18 months.

However, it warned that schemes were dealing with a lot of regulatory and industry change, so any requirements had to be “purposeful, proportionate and pragmatic”.

Caroline Escott, policy lead for investment and stewardship at the PLSA, said: “In particular, [TPR] must allow good schemes of all shapes and sizes the space to continue to thrive.”

Potential changes also had to be made “as part of a clear-sighted and coherent assessment of the bigger issues around scheme governance, which we hope will form an explicit part of TPR’s thinking on this area over the coming months”, she said. 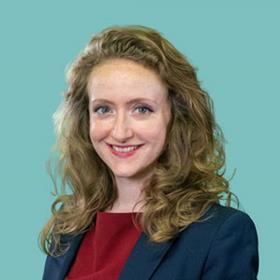 The PLSA said schemes that did not engage with regulators or advisers and where there was little to no actual governance taking place presented a different challenge from those that were engaging but needed to improve to ensure they achieved quality standards.

“Therefore, TPR should focus on targeting disengaged schemes rather than putting new obligations on all schemes,” the association said. “There are substantial parts of the market which are already delivering high quality provision.”

As part of this focus, it said, TPR should weigh whether it was sufficiently targeting the use of its existing powers to raise scheme governance standards.

Last month, the regulator said its annual DC survey showed that most smaller trust-based DC schemes fell short of governance and trusteeship standards and should leave the market.

While executive director David Fairs also highlighted that some trustees were running small schemes to a comparatively higher standard, he said people saving for their retirement were generally far better served by big schemes than small.