Spanish occupational pension funds lost 3.2% over the course of 2018 largely because of markedly poor performance in the final quarter of the year, according to the country’s Investment and Pension Fund Association (Inverco).

The 2018 figure brought the average annualised returns for Spanish occupational funds to 0.9% for the three years to end-2018, and 2.5% for the five-year period.

“This negative performance in Q4 was especially marked in December 2018,” said Xavier Bellavista, principal at Mercer. “It is the worst since the 2008 financial crisis. Then, the median return for corporate pension funds in Spain was [negative] 10.3%, but no other year since then has shown a negative return.”

According to Bellavista, almost all corporate pension funds incurred losses for 2018, with not even the most conservative able to escape. 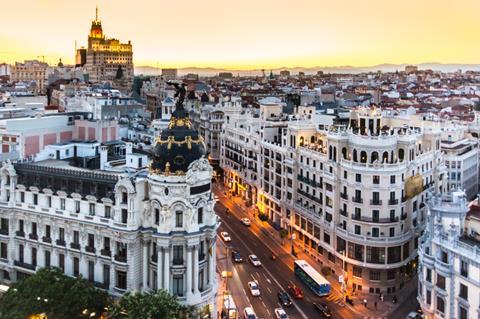 He said: “Comparing the change in shape of the risk/return profile of corporate pension funds between September and December 2018 leads to interesting results. As of September, funds with higher long-term allocations to equity or with a higher diversification and exposure to non-euro assets were still getting positive returns, while as of December 2018, the picture had changed completely because of the negative performance of equity markets during Q4, especially in December.”

In the last quarter of the year, Bellavista said, the level of volatility in the markets increased significantly.

“This increased the risk level of the funds as well,” he continued. “As opposed to September, those with higher allocations to equity suffered and their performance deteriorated, by around 8 [percentage points] – from positive returns of about 2% for the 12 months to September, to [negative] 6% for December.”

Inverco’s figures showed that, for Spanish pension funds as a whole, the fixed income component rose slightly to 47.8% of portfolios, while equities fell slightly to 32.4%.

Inverco said that, at the end of September, total assets under management for the Spanish occupational pensions sector stood at €34bn, a fall of 5.3% over the past year. The number of participants in the occupational system fell slightly, to just under 2m.