The Dutch trade union for port workers (FNV Havens) has called on 14,000 of its members to lobby the regulator over a planned merger between their pensions insurer Optas Pensioenen and its parent company Aegon.

The union said it wanted to force Aegon to offer compensation for the loss of an entitlement to reclaim dividend tax.

As the legal successor of the industry-wide pension fund PVH, Optas can reclaim dividend tax in a number of countries. However, this income source would disappear if Optas became part of Aegon Life.

According to union trustee Niek Stam, the 14,000 Optas policyholders among its members feared missing out on between €550,000 and €700,000 annually from their current pensions pot of around €720m.

“In particular younger colleagues, who have a long accrual period ahead of them, may ultimately lose out on a couple of hundred euros annually,” he argued.

Alexander Kuipers, spokesman for Aegon, explained that the insurer had decided on a full merger with Optas for economic reasons.

“The pension fund is dying out because no policyholders are joining,” he said.

He added that the benefit for the port workers would be that their pensions would become part of a “much stronger pensions environment”.

Kuipers, however, confirmed that the fiscal status of Optas Pensioenen would change and that the merger – scheduled for 1 January – could affect the returns on the workers’ pension assets.

He emphasised that benefits would remain guaranteed, and that Aegon had offered a one-off contribution of €1.5m “as a gesture” to the pensions pot.

Stam said this was not sufficient. 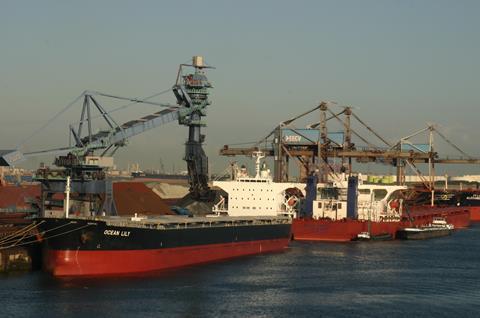 The port workers have a long history of conflict with Aegon, which acquired Optas Pensioenen from Optas Foundation in 2007 in a €1.5bn transaction. The commercial life insurer and pensions provider was established by PVH in 1998, with PVH subsequently merging with Optas.

As part of the €1.5bn transaction Aegon obtained €770m of reserved assets which, in the opinion of the port workers, were meant for the improvement of their pensions.

However, as there was no legal document to prove this, the port workers and the Optas Foundation settled in 2010, resulting in Optas paying €500m into the workers’ pensions pot. Aegon followed with an €188m contribution in 2015.

The remaining €1bn stayed with Optas – in the meantime renamed as Ammodo – a foundation focusing on “financially supporting projects for arts and science”.

The port workers accused Aegon of targeting the reserved assets and alleged that the insurer had acted “unethically”.

In a position paper on the Optas issue at the time, Aegon highlighted that the reserved assets were for the purpose of “operating an insurance business related to the port and transport sector and related companies” and that the assets acted as “security for honouring the liabilities of an insurance company”.

The insurer added that “the reserved assets did not carry claims or liabilities towards the insured or others” and that “there was no obligation to spend this part of the assets”.