One of the authors of the UN’s Principles for Responsible Investment (PRI) is calling on Norway’s finance ministry to let the country’s sovereign wealth fund divest its holdings in international oil and gas companies.

In an open letter to finance minister Siv Jensen, Carlos Joly argued that the country’s reliance on such energy sources risked turning Norway into “a has-been rich country”.

Joly, a fellow of Cambridge University’s Institute for Sustainability Leadership, co-chaired the expert group that drafted the PRI.

In the letter – which appeared yesterday on the website of the publisher Social Europe – Joly said: “Unless Norway starts to get ready for the world of 2030 and 2050, if it keeps going for the short-term gains by investing in pumping all the oil and gas it can manage and exploring for more, it will end up a has-been rich country.

“Letting the [fund] divest of international oil and gas companies is a step in the right direction and a strong signal to investors, companies, and other governments around the world.”

In November 2017, Norges Bank Investment Management (NBIM), which manages the NOK8.3trn (€873bn) Government Pension Fund Global (GPFG), wrote to the ministry recommending selling off more than NOK300bn worth of oil and gas equities on the grounds that such a move would reduce Norway’s overall exposure to the risk of a permanent fall in energy prices.

However, at the end of August, a commission set up to investigate the matter argued against such a divestment, saying it would not be an effective insurance against such a scenario.

Joly – a former fund manager with Natixis – urged Jensen to agree with NBIM and discard the commission’s view. 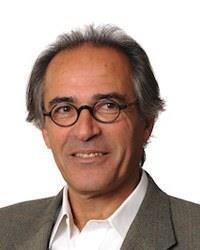 “The NBIM should be allowed to divest of all its energy sector holdings excepting solar, wind and other non-carbon-emitting energies,” he said, adding that nuclear energy should also be off limits.

Joly argued that Norway’s economy was far too dependent on oil, putting future generations of Norwegians at risk as national, regional and global policies to lower carbon emissions take effect.

He added: “Furthermore, is continuing full-on oil exploitation consistent with Norway’s legal and moral obligations as signatory to the UN SDGs [Sustainable Development Goals] and to the Paris Climate Accord?”

Norway’s finance ministry launched a consultation on the commission’s findings on 28 September. The deadline for submissions is 28 November.