Managers of private equity and other alternative assets are preparing to sign up to the cost transparency code established last year by the UK’s Local Government Pension Scheme (LGPS).

The Advisory Board of the £261bn (€292bn) public sector system agreed last week to allow managers of unlisted assets to sign up to its code, despite there not being a finalised template for disclosure for asset classes outside of listed equities and bonds.

Companies including real estate specialist CBRE and unlisted asset giant Pantheon have indicated to IPE they would sign up to the voluntary code in the next few weeks following the board’s decision.

Last week’s agreement means managers can signal their intention to supply clients with all requested data related to investment and trading.

Record Currency Management was the first manager to sign up on this basis, IPE understands. The foreign exchange specialist announced this week that it saw the code as “as an important factor in the LGPS being perceived as a value led and innovative scheme”.

The LGPS introduced the disclosure template in May 2017. Its current template, available on the Advisory Board’s website, is designed to collate all costs connected with investments in listed equities and fixed income.

This morning the LGPS Advisory Board announced that “most” of its major asset managers had signed up to the code, covering more than £150bn of its total assets.

LGPS funds and the emerging asset pools have started including compliance with the cost code as a prerequisite for being considered for new mandates. LGPS Central, which aims to combine £43bn of assets from 10 local authority pension funds, has done this for a recent global equity tender.

The Local Government Association – the representative body for UK’s regional public sector organisations – has been working with private equity managers and the UK regulator’s Institutional Disclosure Working Group (IDWG) to finalise a version of the template suitable for the private equity sector.

HarbourVest, Adams Street Partners, Pantheon Ventures, Partners Group are among the top managers running illiquid or unlisted assets for the LGPS system, and all confirmed to IPE they were participating in discussions. GCM Grosvenor, a US-based alternatives manager, has also taken an active role in discussions.

A spokeswoman for Pantheon added that the parties aimed to have a version ready for the end of the current financial year (5 April for local government finances).

Other asset managers falling into line

A number of leading LGPS providers have indicated to IPE that they would sign up to the code in the coming weeks.

Aberdeen Standard Investments will sign up in the next two weeks, according to a spokesman. According to annual reports, Aberdeen Asset Management and Standard Life Investments together ran money for at least 44 of the 89 LGPS funds prior to the companies’ merger.

The UK regulator, the Financial Conduct Authority, set up the IDWG last year in the wake of its Asset Management Market Study. 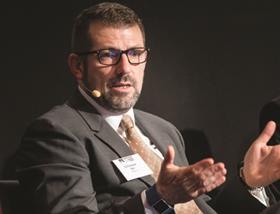 Chaired by Chris Sier, who helped develop the LGPS disclosure model, the group aims to build a disclosure template for use by all institutional investors and asset managers, collating all costs connected with investments in listed equities and fixed income.

Templates for private equity and other asset classes are also in the pipeline.

The group aims to have a first version of its template ready for publication for the end of the current financial year (5 April), Sier said.

“There isn’t a single asset manager that can’t get that data with a bit of effort,” he added.

The LGPS has indicated that it will transition its own code towards the IDWG’s model once it is in place. 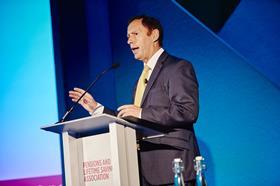 Roger Phillips, chair of the Advisory Board, said in a statement: “The board is very pleased with the success of its Transparency Code and continues to support industry developments in this area.

“Once work on the IDWG template is complete, the board will be working with its signatory managers in its adoption, building on what is already in place with the LGPS.”