Public pension funds push back at criticism of climate strategies

Some of the UK’s biggest public sector pension funds have hit back at an environmental campaign group’s claim that they risked breaching their fiduciary duty by investing in fossil fuel companies.

Friends of the Earth published a report last week that claimed 13 of 19 Local Government Pension Schemes (LGPS) it analysed were taking little or no action to “deal with climate change”. It described eight of these as “laggards”.

The campaign group argued that investment policies focused on engagement with companies had been “unsuccessful in delivering meaningful progress”.

Friends of the Earth claimed pension funds had “limited engagement capacity and should focus it on areas where meaningful progress is possible – for example the automotive or electricity sectors, or engagement with national policymakers”.

However, the LGPS funds rejected the analysis and criticised Friends of the Earth’s conclusions. 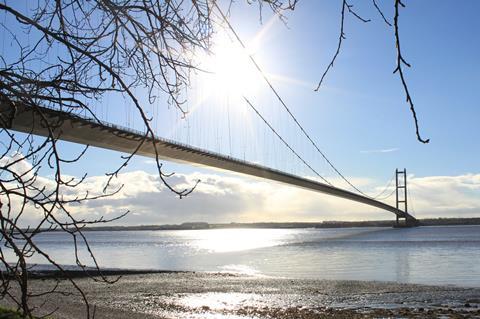 The Humber Bridge in East Riding

A spokesman for East Riding Council said it was “incorrect” to label its £4.8bn (€5.5bn) pension fund as a climate change investing “laggard”, citing its active engagement policies and growing allocations to renewable energy.

“Simple divestment will not address climate change, as all evidence suggests it gives greater control to investors with absolutely no commitment or interest in reducing carbon”

While he acknowledged East Riding’s £394m investment in the resources sector, which included oil and gas companies, the spokesman said the pension fund had also invested £308m in “renewable, low carbon and social investments” and committed a further £30m to renewable funds to be invested “over the next few years”.

In addition, the Border to Coast Pensions Partnership – the LGPS asset pool of which East Riding is a member – was working on a new responsible investment policy to be published later this month, the spokesman said. Border to Coast manages East Riding’s allocations to developed market equities.

A spokesman for the £5.1bn Nottinghamshire Pension Fund – also branded a “laggard” in breach of its fiduciary duty by Friends of the Earth – highlighted its £201m allocation to infrastructure, the vast majority of which related to renewable energy assets.

“Climate change is one of many material financial responsible investment risks that the fund has identified and actively seeks to manage,” the spokesman said, adding that Nottinghamshire also sought to address risks related to human rights, bribery, corporate governance, executive remuneration, and water scarcity.

Ralph Sangster, chair of the committee overseeing Hertfordshire’s £4.5bn pension scheme, told the Local Government Chronicle: “The fund works closely with its external investment consultant to assess the potential risk to its investments that could result from environmental, social and governance factors, which would include the risks posed by climate change.

“The Hertfordshire fund does not dismiss the investment implications of climate change and carbon emission management.” 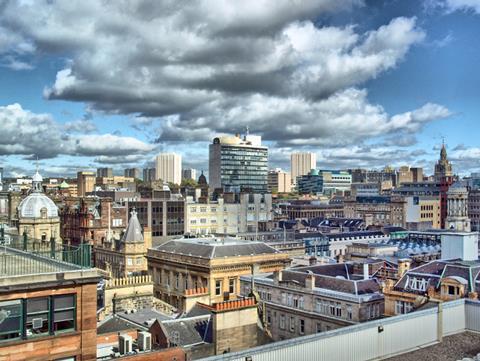 A spokesman for the £20.8bn Strathclyde Pension Fund rejected Friends of the Earth’s focus on fossil fuel companies as a reliable measure of a portfolio’s carbon footprint.

“Any pension fund should welcome engaged and committed members and we agree with campaigners on the threat posed by climate change now and in the future,” the spokesman said.

“However, the fund does not agree that an exclusive focus on fossil fuels is a reliable measure of an investor’s carbon exposure – or a particularly helpful one in building a low carbon economy.

“For example, some of the greatest investment in renewable energy worldwide is connected to firms also working in fossil fuels, while other extremely carbon intensive industries are inexplicably ignored…

“Simple divestment will not address climate change, as all evidence suggests it gives greater control to investors with absolutely no commitment or interest in reducing carbon.”

Our report 5.7 https://t.co/xesvd4W6XJ shows that we ARE on top of these issues. Divestment is not the answer - companies are unaffected. https://t.co/c29jxUETos

The Friends of the Earth report, titled ‘Risky business: Local government pension funds and the climate crisis’, is available here.