Radek Sikorski, the former Polish foreign minister, gave the opening address at IPE’s 2016 Conference. His topic was Brexit, Trump, Le Pen: Can the EU Withstand the Populist Tsunami? Daniel Ben-Ami interviewed him about the rise of populism. This is an edited transcript.

IPE: Could you start by summarising your view of populism?
RS: Populism is rabble-rousing based on the crudest emotions and offering unrealistic simple solutions to complex problems.

IPE: And you think that is true across the board from Brexit to Donald Trump’s victory and Marine Le Pen in France?
RS: Certainly Brexit. The way to fix inadequacies of the single market or worries about immigration exist but they are complex. Populists offer a simple solution: just leave [the EU].

IPE: Is populism a homogenous phenomenon?
RS: No, it has local characteristics because the problems are different in every country.

IPE: But not just the problems. Brexit was a constitutional question, whereas Trump was a particular candidate in the American presidential election, and so on.
RS: There’s one common factor behind all populisms, whether it’s Venezuela or Britain or the United States. Populists promise money that doesn’t exist.

IPE: So why is a large section of the population finding it increasingly attractive?
RS: Our electorates, quite frankly, have become frivolous. They have proved themselves willing to trust people who they should know are charlatans. Would you buy a second-hand car from Donald Trump? Yet several million people who wouldn’t [buy such a car] voted for him. 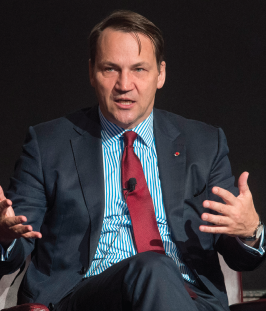 IPE: Why has populism come to the fore now, rather than 10 or 20 years ago?
RS: It’s the demise of traditional class-based politics and economy-based politics. It’s been going on for a long time. Populists won when they gained the additional two or three per cent by being first to adopt techniques of mass communications through social media. That, I think, is the element that tipped the balance.

IPE: What about the cry of populists across Europe that the metropolitan elite is out of touch? Is there any truth to that charge?
RS: Yes, populists are successful because they identify real problems. It’s a sense of loss of control over borders and therefore of ethnic composition. It’s a sense of the unfairness of capitalism, particularly as evidenced during the financial crisis. What I’m saying is populists have the wrong answers to them.

IPE: But that argument doesn’t preclude the view that the elite bears some culpability for not addressing genuine grievances.
RS: Sure. We need to take those parts of the populist message that are real problems seriously and provide solutions that will work. And then communicate them effectively and hope that people will eventually see the light.

IPE: Does that imply that pro-EU British politicians or Hillary Clinton in the US haven’t done that effectively?
RS: Obviously. Hillary Clinton lost because traditional Democratic voters didn’t show up to support her. Donald Trump got fewer votes than Mitt Romney [the Republican candidate in the 2012 presidential election] but Hillary got far fewer than Barack Obama.

IPE: You have argued that wanting to control borders is not an inherently racist sentiment. How do you maintain a balancing act between controlling borders and not pandering to racism?
RS: You allow people who have the legal right to stay and you enforce the law for those who break it. It’s that simple, really.

IPE: Critics claim that hasn’t been happening.
RS: The politicians have not explained to the public that, under existing regulations, even an EU citizen in the UK who doesn’t have a job, and in particular if he or she is a burden on the public purse, may be returned to their home country after three months.

IPE: Don’t mainstream politicians bear some blame for not explaining the situation to the public?
RS: Absolutely. And for not enforcing the rules. In the EU we have the freedom of movement of labour. Not the right to settle where you please. If British people understood that, and if it was enforced, and two months before the referendum thousands such people were deported, you might have had a different outcome.

IPE: That raises the question of whether ordinary people are gullible or whether the message has not been put across clearly.
RS: Look. I used very strong words [in my address]. I talked about the cowardice of British politicians.

IPE: What is your view on the upcoming elections in France and Germany?
RS: If nationalists win in France it will be the end of the European Union because there is no EU without France. I fear that a candidate of the French right who talks about a semi-Thatcherite programme of reform [François Fillon] at a time when the nationalist view of social protection, workers’ rights, social expenditures and so on [is popular]. I’m not sure that Thatcherism is a winning proposition in France. It never has been before.

The thing about the new populists is that they are right wing on culture and left wing on the economy. They are national-socialists. Technically speaking, not using it as an insult but as a way of describing their ideology. And we know that it’s a very powerful blend. That’s why it worked in the past.

Politics works like financial markets. Bad ideas come back and crashes happen when the market has forgotten what they led to last time. And we have the return of potent, dangerous, bad ideas.

IPE: Is there still room for national sovereignty?
RS: The very fact that you had the referendum in Britain has shown that Britain is sovereign. I was born in a country, communist Poland, that really wasn’t sovereign. If we’d demanded a referendum we would have had a Russian tank on top of our head. That is what lacking sovereignty means. That you can’t decide for yourself.

IPE: So your conception of national sovereignty is that states still have national interests.
RS: Yes, and they have sovereignty which they pool on some issues for their own greater good. I would tell you that the truth is the exact opposite of what they say in Britain – namely, that the European Union is the most successful in those areas, such as trade, where sovereignty has been pooled the most.

IPE: What should the next steps be in Europe?
RS: Well, Britain should leave the EU because we don’t want to be seen as subverting the will of the British people. Then we should, on the continent, create a much more political union with pan-European parties, pan-European electoral lists to the European parliament, with a popularly led and perhaps popularly elected president of the council, maybe even president of the Commission. We also need a European defence policy worthy of its name.