Vincent Chaigneau, head of research at Generali Insurance Asset Management, discusses the challenges of normalisation after the coronavirus pandemic

With the number of COVID-19 cases receding fast in Italy, one of the countries worst-hit by the pandemic, one might think that the worst of the crisis has passed. As of mid-June, the country was recording low numbers of new cases and deaths each day, and those cases were concentrated in Lombardy, by far the worst-affected region. Most importantly, the number of people who have recovered from the infection exceeded the number of new cases.

The gradual waning of the pandemic, combined with the easing of lockdown restrictions in Italy and beyond, should release pent-up supply and demand and allow the economy to shift to a recovery phase. But the long-term outlook for the European economy remains challenging, according to Vincent Chaigneau, head of research at Generali Insurance Asset Management (GIAM). This, he says, is because demand will recover much more slowly than supply.

“We think it is very unlikely that we will witness a v-shaped recovery. The catch-up this summer will be strong, but demand will then be impacted by second-round effects. With unemployment rates set to rise, the consumer will become more cautious. The savings ratio will probably rise,” Chaigneau says.

“There are limits to the monetary policy transmission mechanism. With central banks keeping interest rates low, people should be encouraged to borrow and spend. But the consumer also knows that public debt will be much higher in the future, and that debt will have to be paid for. In the long run, that means lower fiscal spending or higher taxes. 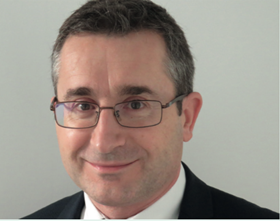 “The consumer also knows that it is going to be harder to save for retirement, because financial returns are going to lower,” he says.

With demand recovering more slowly than supply, we are unlikely to see global GDP grow back to pre-crisis level until the end of 2021, says Chaigneau. His firm forecasts euro-zone output will fall by 10% this year, a significantly lower estimate than that from the European Central Bank (ECB).

In Chaigneau’s view, policymakers face conflicting pressures. They need to limit the destruction of the economy as they see an ever-growing debt burden that will weigh on the global economy for years to come.

“The mix of fiscal stimulus and quantitative easing is very welcome. Governments and central banks are using their balance sheets to support businesses and workers, and that is the right thing to do. But the debt that is being created, at the corporate level in particular, will have to be paid back at some point, and this puts the economy in a more fragile position financially speaking,” Chaigneau says.

At the same time, the marginal effectiveness of monetary policy is falling, so further measures are likely to yield diminishing returns.

Bloated government and central banks’ balance sheets are one of the long-term consequences of this crisis that Chaigneau identifies. It has powerful ramifications, as it makes policy reversal challenging and it brings politics to centre stage. The discussions over which parts of society suffer the effects of reducing the debt balance could be painful.

But the long-term effects of the pandemic could be far-reaching, according to Chaigneau.

He says: “Governments will increase their involvement in the economy, given the level of support they are providing. Consumers could be cautious for some time, which would hurt growth. People will work from home more frequently and travel less. The list of potential changes in behaviour is long, though we need to recognise the bias of affective forecasting, in the heat of the moment.”

Chaigneau is not optimistic that this crisis will redress the misallocations of capital that keep productivity growth depressed. However, he identifies some potentially significant shifts in corporate behaviour.

He argues: “The crisis will kill some smaller businesses, creating the possibility of consolidation in Europe. We may even see the emergence of European champions if cross-border transactions take place. These larger businesses may gain pricing power, which would help them recover in terms of profits.”

A potentially profound development is the regionalisation of international supply chains. But that is easier said than done, according to Chaigneau.

“Reshoring requires a lot of investment in the form of capital expenditure. The question is whether companies will be in the financial position to do it, given their increasing debt burdens.

“Overall, the picture in terms of productivity growth is not positive,”  he says.

Europe faces one of its greatest challenges, with the EU showing signs of vitality in dealing with the crisis. The approval of a €750bn Recovery Fund would be a significant development but it is far from a done deal. Chaigneau points out that the tendency for the EU is to muddle through. This time may be no different.

“Europe tends to act when it has its back against the wall. Politically, there is a strong desire to ensure the stability of the euro-zone but the key stakeholders will act only on matters of great urgency. They probably hope that they won’t have to act and that they can muddle through, and the ECB is facilitating that,” says Chaigneau.

“We have seen very good things in terms of policy coordination, with regulatory requirements for banks eased in order to encourage lending. Developments have been slower at the joint government level, because the fiscal responses are mostly left to the national level. The Recovery Fund is a step in the right direction but at this point is only an exceptional and temporary initiative.

“The overall structure is fragile because while there is one central bank, Europe does not have a common budget. That is a taboo that has not been broken yet.

“If the EU does not show that it can act as one at this moment, people will ask what it is for, and that would affect the next elections,” says Chaigneau.

Despite the complexity of the situation, GIAM retains a “pro-risk bias”, tilting towards investment-grade credit. The rebound in riskier assets, including European and emerging market equities, and the recent outperformance of cyclical stocks versus defensive ones, suggest that hopes of a quick recovery are starting to grow. Chaigneau suggests that the summer may bring temporary joy to investors, as the illusion of a v-shape recovery temporarily supports cyclical stocks, but momentum is likely to fade in the autumn, and more so as the US elections come closer.