A pension fund with beneficiaries in 195 countries is about to change the way it verifies them. New technology will transform a process that has remained the same since the scheme was established 70 years ago.

The United Nations Joint Staff Pensions Scheme (UNJSPS) serves about 84,000 beneficiaries across 24 UN institutions. Member organisations range from the International Atomic Energy Agency, to the International Labour Organization to the World Health Organization. The only organisation comparable in its scope is the World Bank, although this has less than a quarter of the employees.

Benefits are remitted to retirees monthly. To determine whether those beneficiaries are still alive and entitled to benefits, the scheme needs to verify their existence through a paper-based certificate of entitlement (CE) on an annual basis. Or, at least, it has done up until now. This certificate is posted out annually through the regular postal service, across all these countries, and returned in the same way.

“The number-one complaint of beneficiaries is not receiving the certificate,” says Dino Cataldo Dell’Accio, chief information officer for the UNJSPS. “If, after it has been sent out, we still haven’t received the certificate, there is provision for suspension of payment. So there are potentially major negative impacts on beneficiaries, plus a lot of time invested by employees in New York and Geneva.”

It is therefore important to maximise the efficiency of this annual verification. After 70 years of honing the process, it is fair to assume that the UNJSPS has streamlined this cumbersome manual process as far as possible. But much will still be in the hands of the vicissitudes of the world’s disparate postal services. And even the slickest manual processes are prone to error. So, the system is finally due a reboot.

Beyond thumbprints
The UNJSPS is moving into the 21st century, with an integrated raft of technologies set to take this verification online. An automated certificate of entitlement is to replace signature or thumbprint and an envelope and stamp.

Given that 84,000 people are involved, an online solution has to be more sophisticated than clicking a box on a webpage. “We have adopted innovative technical solutions, sequencing them step-by-step,” says Dell’Accio. The scheme, collaborating with the International Computing Centre, has created and tested a proof-of-concept prototype that draws on advanced technologies, including biometrics, blockchain, geolocation, and mobile apps.

Dissecting the problem
“We started to analyse the problem in late 2018, breaking it down into key elements: identity, existence, transaction and location,” he adds. Work began in late 2018.

Proving the existence of the scheme’s beneficiaries relies on biometrics for personal identification. In other words, facial recognition technology. But using a static image of a person’s face can be gamed – one just needs to put a picture of the beneficiary in front of the camera, it is recognised, and one year’s worth of benefits is paid. To prevent the use of a static image to falsely verify existence, the technology requires the person to look at the camera and change expression so the technology ‘knows’ that it is dealing with a real person, not a snap from the family album.

The scheme uses blockchain – the creation of traceable, immutable and independently auditable evidence – as proof of transaction. “We maintain records of each transaction, from enrolment to usage of the appllication to confirm the proof-existence, which creates an indelible public record,” says Dell’Accio. This will replace all the paper certification that has been accumulating in the UN’s buildings over decades.

Location, location, location
When pension benefits are paid in accordance with local rules, in addition to the ‘proof of existence’, the scheme must also confirm the residence of the beneficiary. Verifying the location of the beneficiary has important financial implications. The UNJSPS uses two payment systems: one, dollar-denominated, and based on the US cost of living; and a second, where beneficiaries receive their payments in local currencies, aligned to the cost of living in their country of residence. 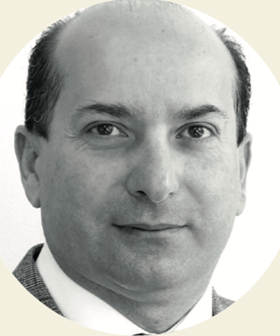 Finally, in a world where many people live on their smartphones, there is a mobile application to provide convenience and ease-of-use for the beneficiaries.

Proof of concept
The project has moved quickly – especially for such a large and globally dispersed organisation as the UNJSPS. “We have completed the proof of concept, and are now in the pilot phase,” says Dell’Accio. The scheme is piloting these technologies with one of its 24 member organisations of the UN – the World Food Programme (WFP). It is headquartered in Italy, with several offices in developing countries. The WFP’s new pensioners are being offered the opportunity, on a voluntary basis, to test the new technology.

Before COVID-19 hit, the scheme was aiming to complete the pilot by June, present the results to the scheme’s board in July and, if positive, to deploy the new system globally by the end of the year. It is not known how big a spanner the pandemic will throw in the works, but testing is still going on, and it is hoped that the roll-out will not be held up. 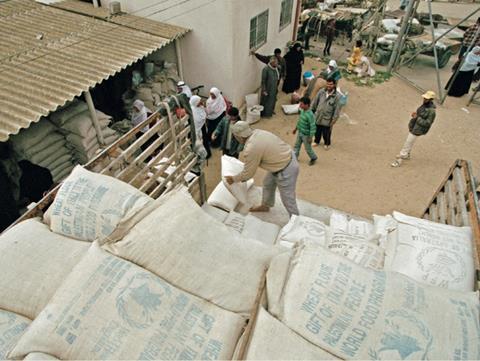 Food distribution in Gaza by the World Food Programme, a UNJSPS participant

Given the number of beneficiaries the scheme covers, and the sheer scope across hundreds of jurisdictions, security is a key consideration, and the project will be subject to third-party security audit, by a yet to be selected third-party.

However, the use of blockchain ensures a system based on secure mechanisms that create traceable, immutable, and independently auditable evidence. This provides enhanced security, enabling the scheme to easily trace and audit the process, along with doing away with manual functions. What is more, it is a lot more secure than a physical signature.