In currency markets, there is arguably no beta, let alone smart beta, but Daniel Ben-Ami finds that risk-factor trading has a long history in the asset class

Smart beta has had a foothold in the foreign exchange market for years, although the approach is less pervasive than those of other asset types, and it rarely gets called by that name. There are certainly arguments for the presence of risk factors, most notably the currency carry, which investors have long sought to exploit.

Before considering these factors and how best to utilise them through smart beta, the peculiar features of the markets should be appreciated. These shape the contours of currency investment and highlighting them helps to identify the potential pitfalls of applying the smart beta approach.

First, there are no straightforward benchmarks within foreign exchange. In this, it is unlike bonds or equities where there is generally at least one index, often more, that suggests itself as a starting point for comparisons. In relation to currencies the means for gauging relative performance are less evident.

For this reason Thomas Heckel, who leads quantitative research into foreign exchange at BNP Paribas Investment Partners, argues that it is inappropriate to use terms like smart beta in relation to foreign exchange.

“It’s a little strange to talk about smart beta because there is no obvious beta for this market,” he says. In his view it would be better described as a form of factor investing.

Another market peculiarity is that the odds are not in favour of a buy-and-hold strategy producing positive returns in the long run. On an aggregate global level, investing in currencies is a zero-sum game.

“One cannot simply hold a currency and expect to make money,” says James Wood-Collins, CEO of Record Currency Management. He contrasts it with the equity markets where the default position for long-term investment is to be long equities and short cash.

The number of different possible assets is also far smaller than with bonds or equities. There are only about 180 national currencies, many of which have a negligible presence outside their own borders. Of course the number of possible currency pairs and weightings is much greater but this still leaves it trailing by far other asset classes. Some would even dispute whether currencies should be called an asset class at all.

• The foreign exchange market’s peculiar features result in a lack of straightforward benchmarks – there is arguably no ‘dumb’ beta, let alone a smart version.
• The relatively small universe of potential trades, but the vast size of the market, should inform the way currency investment is done.
• Currency investors can utilise several risk factors including the carry trade, momentum and value, through UCITS, ETFs and bespoke products linked to indices.
• But advisers point to problems of market crowding and a lack of proper risk controls.
• It is possible to use smart beta as a way of gauging the fees and performance of active currency investors.

Yet most players in foreign exchange are not in the market for the purposes of profit maximisation. Non-profit-seeking market participants include firms engaged in hedging or trade, central banks and tourists. It is this combination of huge liquidity and a relative dearth of profit maximisers that, currency enthusiasts argue, helps create profit-making opportunities that can be exploited: one consequence of the vast depth and liquidity of these markets is that it would take a lot for the opportunities to be arbitraged out. In that sense, foreign exchange is not an efficient market in which news is quickly reflected in changing exchange rates. 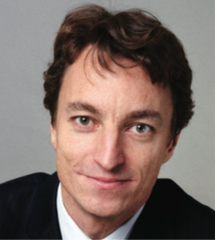 It should not be a surprise that active managers have long tried to exploit the risk factors embedded in the market. Smart beta simply uses different tools to try to take advantage of the opportunities.

“What is new is smart beta lends itself to a much more structured and disciplined approach to implementing several of these strategies side by side,” says Wood-Collins.

The carry trade (which exploits a currency market anomaly known as the forward rate bias) is by far the best-known strategy. It first gained popularity in the early 1970s with the breakdown of the Bretton Woods system of fixed exchange rates.

Carry investing involves borrowing money at low interest rates and investing in high-interest-rate currencies. For example, borrowing in euros or yen to invest in Australian or New Zealand dollars. The typical pattern is for countries with a current account surplus to, in effect, provide funding to those with a deficit. Investors are therefore being compensated for the risk of investing in the higher-interest-rate, higher-deficit country.

Momentum or trend investing has also existed in the foreign exchange market for decades. It is usually explained in behavioural rather than fundamental economic terms. A common assumption is that there is a bandwagon effect, with investors assuming that currencies that are depreciating or appreciating are likely to continue to move in their existing direction. 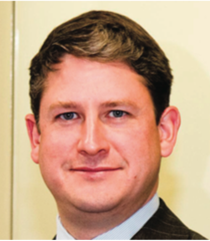 “One cannot simply hold a currency and expect to make money”

Value investing is based on frameworks designed to gauge the fair value of currencies relative to one another. Typically it relies on the purchasing power parity (PPP) value of a currency which is defined by the World Bank as “the number of units of a country’s currency required to buy the same amounts of goods and services in the domestic market as US dollar would buy in the United States”. Using this conversion factor it is possible to gauge a currency’s value relative to the dollar and, by extension, to other currencies too.

Organisations such as the Organisation for Economic Co-operation and Development (OECD), the University of Pennsylvania (the Penn World Table) and the World Bank have long established data series on PPP. The Economist’s Big Mac index – which is based on the prices of burgers in different countries – is essentially just a simplified form of a PPP measure.

Although value investing can, in principle, be used for all currencies, it has a particular application for emerging economies. Typically, emerging currencies can buy a larger basket of goods and services within their own borders than can their advanced economy counterparts. However, as emerging economies gradually converge with richer ones in terms of their level of development, the PPPs would also be expected to converge over the long-term.

Volatility investing in currencies is premised on the assumption that many participants in the currency markets are looking to hedge themselves. Investors can therefore benefit from being on the other side of such transactions.

It is also possible to exploit risk factors indirectly by investing in particular themes. For instance, investing in the currencies of resource producing countries on the assumption that their economies are likely to grow faster than those of non-producers over the long-term.

Although currency investing can be lucrative at times, it has several potential pitfalls. For example, there is considerable controversy about the viability of the carry trade as an investment strategy. It can yield spectacular losses as well as gains. According to Deutsche Bank research the AUD/USD strategy gained 31.5% cumulatively between June 2004 and December 2007. It then went on to lose roughly the same amount during the market turmoil from July 2008 until February 2009. Currency investing is not unique in being prone to both large gains and large losses but it is a characteristic of which investors should be aware.

It should also be borne in mind that the success or failure of any strategy is highly sensitive to the particular definition used. The fine details matter. For example, anyone who was short the Swiss franc in January, when the peg with the euro was broken, would have made substantial losses. In contrast, carry investors who eschewed that particular trade could have made large gains. Even if carry works in the long term, its practitioners need to be aware of the possibility of substantial hits.

Another possibility is simply that now is a bad time to invest in carry. Marc Chandler, the global head of currency strategy at Brown Brothers Harriman, an American private bank, says that he suspects the current environment is “not really conducive for carry trades”. In his view the current high levels of volatility and narrow interest differentials between the main economies make the carry trade relatively unattractive. He adds that the advent of negative interest rates could have complicated the situation still further.

Others counter that new opportunities may be emerging with increasingly divergent behaviour by central banks. In particular, the Federal Reserve has stopped buying assets while the European Central Bank has embarked on a policy of quantitative easing.

Matthew Roberts, a senior investment consultant at Towers Watson, warns there are particular pitfalls of currency investment when it comes to smart beta.

“It is important to keep a close eye on the amount of money flowing in to factor-based strategies such as trend, value or carry, since one of the risks is that they become crowded over time,” he says.

In any case, there is widespread agreement that smart beta approaches are only appropriate when stringent risk controls are in place. Diane Miller, a principal at Mercer, is sceptical about whether this is being achieved in practice.

“I’m most concerned about a lack of risk controls in the naïve strategies,” she says. In her view, a lot of strategies look good on paper but they may not take into account all of the trading costs.

Proponents of smart beta in currencies contend that diversification between the three major risk factors can be effective in mitigating downside risks. A 2012 paper by a Bank of England economist illustrated one way this could work. According to the study by Gino Cenedese, investors would be better off unwinding carry trade positions during bear markets and following momentum, for example.

Currency investors have the choice of several ways of implementing a smart beta approach. These include UCITS funds, exchange-traded funds and linking bespoke swaps and options to indices. Traditionally institutional money managers have played the leading role in providing such products but in recent years the investment banks, such as Deutsche and Citi, have become increasingly important.

There are also specialist indices such as the FTSE Forward Rate Bias (FRB) 10. This series, developed with Record Currency Management, represents the return that can be generated from investing, on an equally weighted basis, on all 45 currency basis that can be derived from 10 developed world currencies: the Australian dollar, Canadian dollar, euro, Japanese yen, New Zealand dollar, Norwegian krone, sterling, Swedish krona, Swiss franc and the US dollar.

Russell Investments eschews the term smart beta but essentially follows the approach in its Russell Conscious Currency index series. There is one index each for carry, trend and value as well as an overall index that aggregates the other three. 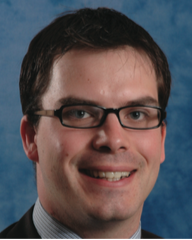 “It is important to keep a close eye on the amount of money flowing into factor-based strategies such as trend, value or carry, since one of the risks is that they become crowded over time”

It is also worth recognising that smart beta can even play a useful role for investors not interested in gaining exposure to such trading strategies. Jeppe Ladekarl, partner, investments at First Quadrant, says the income streams available from smart beta can be used to evaluate active management – although he hesitates to use the term ‘benchmark’ in this context. In other words, the returns on smart beta products can be used as a way of gauging whether or not active management fees are reasonable.

He goes on to contend that fixed-income managers can use smart beta returns as a tool to measure the extent to which they have unwittingly taken on currency exposure. In Ladekarl’s view, many such managers are not fully aware of the risks that have been taken on in this respect.