TCFD recommendations for a standardised reporting framework are gaining traction

The body set up by the Financial Stability Board to encourage companies and their investors to publicly disclose the impact of climate change on their businesses, is gaining in influence. More than 240 financial and non-financial companies have signed up since it has published a set of recommendations in 2017, and a host of influential initiatives and organisations have thrown their weight behind it.

The Task Force on Climate-related Financial Disclosures (TCFD) was created in 2015 under the auspices of FSB chairman Mark Carney, who is also governor of the bank of England, and is spearheaded by chairman Michael Bloomberg. In June last year the TCFD released recommendations for helping businesses, and investors, to report climate-related financial information on issues such as carbon emissions and water and energy usage.

A hallmark of the TCFD’s disclosure framework is the recommendation that organisations provide climate-related financial disclosures in their main annual financial filings, and that companies treat the reporting of climate-related issues in the same way as any other material information. Its aim is to provide businesses with a standardised framework for reporting.

While most listed companies in the G20 already have to publically report the material impact climate has on their businesses, such reporting has historically been inconsistent, making it difficult for investors to see how prepared organisations are for the transition to a low-carbon economy.

The TCFD makes a series of suggestions on how to include climate impact in financial reporting, focusing on four pillars: governance and management; strategy; the management of climate-related risks; and the metrics and targets put in place to remedy their impact. 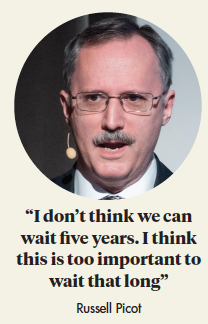 In December 2017, the task force also announced the launch of a web platform to support companies that want to implement its recommendations. The knowledge hub is due to go live in the spring of 2018, according to the TCFD website.

The TCFD provides guidance to companies that emit greenhouse gases, and use energy and water, including in energy, materials and building, transport, and agriculture, food and forest products.

But it also has a strong focus on the financial sector, and says in its recommendations report that banks, insurers, asset managers and asset owners could all play a role to “foster an early assessment of climate-related risks and opportunities, improve pricing of climate-related risks, and lead to more informed capital allocation decisions”.

While the TCFD’s work remains recommendations only, there is growing support for them, with proponents hoping that some will eventually make it onto national law books.

In an update given at French president Emmanuel Macron’s One Planet Summit in Paris in December 2017, the TCFD announced that 237 companies and organisations with a combined market capitalisation of over $6.3trn (€5trn) had publicly committed their support.

Carney said the list included 20 of 30 systemically important banks, eight out of the 10 largest asset managers and many leading insurance companies and pension funds, together responsible for assets of over $81.7trn.

“This solution, of the market and for the market, is truly entering the mainstream,” he added.

The TCFD’s reporting recommendations have been endorsed by several organisations, including investor body Principles for Responsible Investing (PRI), and the CDP (formerly the Carbon Disclosure Project), an environmental data platform and research provider. 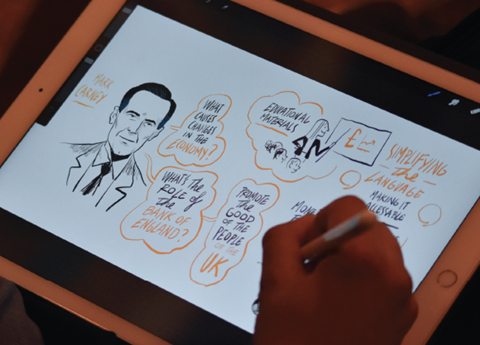 Mark Carney: the TCFD’s next steps may depend on his successor as FSB chairman

ClimateAction 100+, an initiative backed by 256 investors with $30trn in assets under management, also threw its weight behind the task force when it said in December last year that it would ask the world’s largest corporate greenhouse gas emitters to align themselves with the TCFD recommendations.

A survey by South Pole, a Zurich-based consultancy specialising in emissions reduction projects, late last year found that corporates were taking action to fulfil the TCFD recommendations, but they were least prepared for the strategy element of the four core areas covered by the TCFD recommendations, according to South Pole – 75% had not defined or identified scenarios to assess the future physical and transition risks of climate change.

Elsewhere, research on banks carried out by asset manager Boston Common Management in co-operation with Australian Ethical Investment, ShareAction in the UK, and SHARE in Canada, found that some banks have committed to using the framework for their 2017 reporting, while others indicated a more tiered approach, setting out a two, three or even five-year timeline for full adoption.

The path to legislation

The European Union’s High Level Expert Group (HLEG) on sustainable finance has told the European Commission that the EU should endorse the TCFD guidelines and implement them. “A first priority should [.…] be for the EU to make the voluntary experimentation with TCFD disclosure as short and as effective as possible,” it said in a report in January.

It said the EU could draw on the experience in France, whose energy transition law requires the financial and non-financial sector to evaluate, report and address their exposure to long-term climate-related financial risk. The provisions of Article 173 are close to those of the TCFD, the HLEG said.

“This solution, of the market and for the market, is truly entering the mainstream”

The advisory body also called for international backing of the TCFD guidelines, naming the G20, IOSCO, the UN and the OECD as a priority. Neither the G20 nor the FSB had formally endorsed the guidelines. “This should change,” said the HLEG.

In the UK, where the government has endorsed the TCFD recommendations, there have been calls for TCFD reporting to be made mandatory.

The UK parliament’s Environmental Audit Committee is carrying out an inquiry into green finance and held two hearings in mid-February. Giving evidence on the TCFD, Will Fox-Robinson, head of UK local government pension schemes at Natixis Investment Managers, said the asset manager would report against the TCFD guidelines “but it will be a long journey”.

Ben Caldecott, founding director of the Oxford Sustainable Finance Programme at the University of Oxford Smith School of Enterprise and the Environment, told the committee that a government-appointed green finance task force should recommend compliance with TCFD recommendations.

Asked what the timeframe should be for moving from a voluntary to a mandatory regime, Russell Picot, chair of the trustee board of the HSBC Pension scheme and special adviser to the TCFD, said: “I don’t think we can wait five years. I think this is too important to wait that long, so for me it’s probably two to three years.”

Meanwhile, the future of the TCFD remains uncertain. Its mandate expires in September 2018 and it is unclear what will happen after that. Furthermore, Carney, who has played a key role in putting climate risk on the supervisory agenda, is to step down as chair of the FSB in December, so the next steps for the TCFD may depend on his successor.