Roger Gray to step down as USS investment chief

The investment chief of the UK’s largest pension scheme is to retire after a decade overseeing its multi-billion pound investment portfolio, IPE has learned. 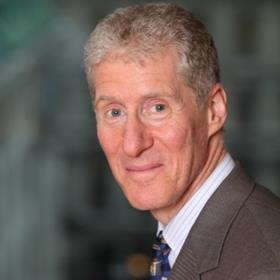 Roger Gray, chief executive at the investment management arm of UK’s Universities Superannuation Scheme (USS), is to step down in September, a spokeswoman for the scheme confirmed.

He was appointed chief investment officer of the now-£64.5bn (€73.9bn) scheme in 2009, having joined from Hermes Fund Managers where he held a similar role.

Gray was made chief executive of USS Investment Management when it was established as a separate entity in 2012.

Bill Galvin, chief executive of the USS Group, said: “Knowing of Roger’s intentions so far in advance has allowed us to take a structured approach to succession planning, which will include opportunities for growth for the existing team.

“The search for Roger’s successor is already well under way and is focused on achieving a seamless transition when he eventually hands over his responsibilities.”

A decade of asset growth

During Gray’s tenure at USS, its investment portfolio grew from £26bn to more than £60bn. This included the scheme’s first ventures into direct private equity investments, and the rollout of its defined contribution (DC) section in 2016, known as USS Investment Builder.

Since 2015, USS has been shifting from a pooled fund approach to private equity to direct investments. It bought UK motorway service station chain Moto in 2015, and has stakes in several UK infrastructure assets including Thames Water and Heathrow Airport.

Prior to joining Hermes in 2006, Gray was global head of asset allocation and currency for UBS Global Asset Management, and CEO and CIO for UBS Asset Management in Switzerland. He also worked as chief investment officer at Rothschild Asset Management – now Insight Investment – during a 14-year spell at the firm.

In an interview published on USS’ website in 2016, Gray said of his tenure: “USS is a work in creation. I am proud about the transformation and results achieved and how everyone has come together to make that possible.

“My goal is to build a strong track record and a thriving organisation that will survive and flourish beyond my term here, resilient and ready to deal with the future.”

USS has been at the centre of heated debates about the valuation of its liabilities for much of the past decade.

A year ago, USS’ joint negotiating committee – made up of representatives from employer organisation Universities UK (UUK) and the University and College Union (UCU) – proposed shifting the scheme completely to DC from 1 April 2019. The plan prompted nationwide strike action by university staff.

A joint expert panel was appointed last year to scrutinise the valuation of the scheme’s assets and liabilities, as well as its assessment of employers’ risk appetite, in a bid to break the deadlock between UUK and the UCU.

USS’ trustee board launched a consultation on a new scheme valuation at the start of January.