Schemes with high illiquid allocations ‘at risk from market crash’

Pension funds with significant illiquid investments in private equity and unlisted property run the risk of having to divest large equity holdings in the next market crash, according to quantitative investor Intech.

Briefing Dutch pension fund clients last week about how to respond to a crash, Intech president David Schofield warned that such a sell-off would exacerbate the market decline and further hit schemes’ funding levels.

Schofield said that, in their search for yield, pension funds had increasingly invested in illiquid asset classes.

According to Dutch regulator De Nederlandsche Bank (DNB), the proportion of illiquid holdings had increased from 14.8% to 16.5% of schemes’ combined portfolios between 2014 and 2018.

Schofield said: “Pension funds often sell equity to free up assets for private equity and non-listed property investments. This is not a problem in rising markets, but will become one if markets are panicking for a prolonged period.” 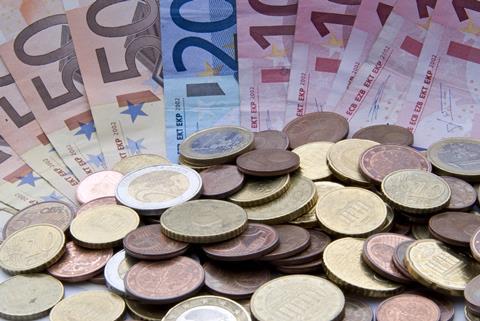 Referring to the credit crunch and the related market crash in 2008 and 2009, when pension funds had to dump equity on a massive scale in order to comply with their commitments to hedge funds and private equity managers, Schofield said this had unintentionally boosted the markets’ fall.

In his opinion, because of what was now a much larger exposure to illiquid investments, the risk of a recurrence of such a scenario was even bigger than it was 10 years ago.

Sander van der Ent, head of institutional for the Benelux region at Janus Henderson – which owns Intech – added that, at the time, Dutch pension funds could not benefit from cheaper equity markets as they were not allowed to increase their holdings due to low funding ratios.

DNB figures showed that the combined value of Dutch schemes’ equity holdings dropped from €261bn to €164bn in 2008, although they didn’t reveal whether this was due to just the market fall or also included divestments.

Other options for meeting capital calls

Caroline Bosch, partner at Sprenkels & Verschuren, agreed with Schofield’s warning, but highlighted that pension funds’ capital calls would largely depend on the level of their exposure to illiquid asset classes.

As part of liquidity analyses for pension funds, Bosch said she would always assess whether a scheme could honour its commitments during times of market stress.

Cash for capital calls could also be generated from government bonds or money market funds, she added.

Loranne van Lieshout, consultant at Ortec Finance, said pension funds with up to 20% invested in illiquid holdings should be more concerned about rising interest rates, which would force them to free up assets to meet hedging collateral demands.

“This would involve much larger amounts than the commitments for illiquid investments,” she argued.

Both Bosch and Van Lieshout said the problem of capital calls would be less urgent for residential mortgage holdings, because they generated cash through interest payments and paid instalments.

“Moreover, commitments to mortgages are usually transformed into investments within a few months. This is much more predictable than, for example, private equity, which often takes much longer,” said Bosch.

Intech indicated that pension funds could protect themselves against collapsing equity markets through put options, but many schemes were reluctant to seek such a solution because of the high cost.