Geroa Pentsioak EPSV, the multi-sector pension fund for workers in Gipuzkoa province in Spain’s Basque Country, returned nearly 10% in 2017, compared with a 4.4% return from its benchmark.

This compared with a 5.8% return for 2016, and far outstripped the 3.2% average return from Spain’s occupational pension funds during 2017. It took Geroa’s average annual return since inception in 1996 to 6.6%.

The return came despite a turbulent year for Spanish equity markets. In its annual report, Geroa said: “The situation in Catalonia, and the bankruptcy of Banco Popular, were the main reasons why – despite greater growth in Spain than in other European countries – Spanish company shares were penalised. However, market evolution in emerging countries was very positive.”

Geroa said that active management had generated a 6% alpha outperformance.

The pension fund stated: “Equity management was focused on countries, sectors and securities with potential. We prudently rotated shares in order to maintain a portfolio with properly valued holdings. Furthermore, to avoid surprises, a 50% hedge position was kept on equities all year long.”

Geroa’s fixed income management followed the same pattern as in 2016, with the fund gradually reducing duration and exposure to ultra-long government bonds so as to move within an environment of normalised interest rates.

Meanwhile, investments in the Basque Country and neighbouring Navarra rose to 12.6% of Geroa’s total portfolio during last year. This included its 50% stake in Orza, an asset manager set up to invest in Basque businesses. The investment amounted to 2.25% of Geroa’s portfolio.

Spain’s biggest private sector pension scheme posted a 1.8% return for 2017, down from 4.2% for the previous year.

It meant the three-year average annual return for Pensions Caixa 30 – the €5.8bn employees’ pension scheme of the Caixabank banking group – dropped to 3%. In the three years to the end of 2016 it had gained 5.4% a year on average.

Equities returned 10.5% during the year, Pensions Caixa 30 reported. Within this, the best performers were frontier markets with a 20.4% return, followed by emerging markets with 19.9% and Pacific markets with 14.4%.

The fund’s portfolio is managed by VidaCaixa, which is owned by CaixaBank.

Pension Caixa 30’s control commission has decided to raise the scheme’s benchmark equity exposure for 2018 from 32% to 33%, lower the fixed income benchmark from 48% to 46%, and increase the benchmark exposure for alternatives from 20% to 21%.

In February 2018, the control commission also approved measures to strengthen its commitment to socially responsible investing, including integrating sustainability in every stage of the investment process, and joining in shareholder actions with other institutional investors. 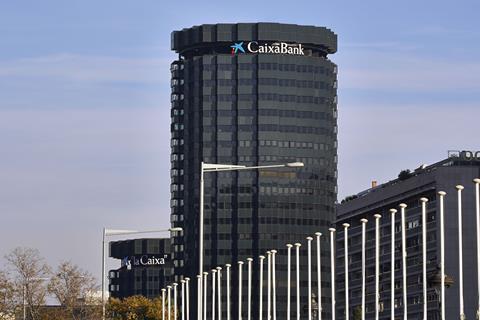