From climate change to biodiversity, and vice-versa

In addition to taking note of the extent of the climate crisis, successive IPCC reports have stressed that carbon neutrality must be achieved while protecting biodiversity. Indeed, half of the CO2 emissions generated from human activity are captured by land- and sea-based organisms, which absorb about 9.5 billion tonnes of CO2 each year. Preserving, sustainably managing, and restoring ecosystems can thus contribute to decarbonisation efforts.

While biodiversity can help prevent climate change and have an impact on it, conversely, climate disruption is one of the main threats to biodiversity, causing major losses of animal and plant species. With more and more extreme climate events (storms, heat waves, flooding, etc.), the loss of biodiversity has been exacerbated considerably by shifts in local water balances or marine environments, which, in turn, have disrupted major environmental balances. 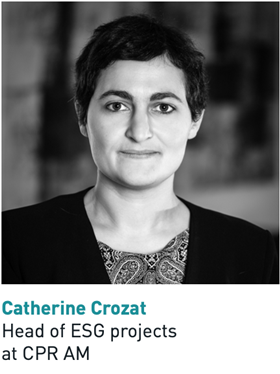 It is therefore crucial to deal with biodiversity as it relates directly to the climate and to coordinate the regulatory framework around preserving biodiversity and adapting to climate change. Regulations must therefore aim to place these issues on an equal plane of importance and to offer financial players a workable framework.

The Covid-19 pandemic has raised investor and civil society awareness of how fragile our ecosystems are in terms of both climate conditions and biodiversity. We are witnessing a steep decline in biodiversity, due to human activities. For example, out of eight million animal and plant species, one million are threatened with extinction in the coming decades. From 1970 to 2016, vertebrate populations declined by 68% (source: WWF).

Risks to biodiversity can be classified into three categories: 1/ physical risks caused directly by the loss of biodiversity, which include the impact of extreme events caused by the loss of biodiversity (fires, deforestation, etc.) on the availability of certain raw materials or certain sectors; 2/ transition risks, including growing reputational and regulatory risks; and 3/ systemic risks that can influence economic and social development and affect health, food security, etc.

It is against this backdrop that the issue arises of what role companies and financial actors can play in preserving biodiversity. Regulators and investors are focusing increasingly on the challenge of double materiality, i.e., an analysis of both the impact of ESG risks on companies, and, conversely, companies’ impact on society. Evaluating this double materiality – i.e., our investments’ impact on biodiversity and the impact of declining ecosystems on the value of financial portfolios – is just getting started, and no common methodology is available.

The good news is that reporting obligations will expand with the increased focus on this area. Regulation will result in enhanced reporting by companies and market participants. That, in turn, will help identify the most exposed actors and those who impact the loss of biodiversity.

“With more and more extreme climate events… the loss of biodiversity has been exacerbated considerably by shifts in local water balances or marine environments, which, in turn, have disrupted major environmental balances.”

To meet the reporting conditions, lots of data will be needed, data that is still imperfect, non-standardised and incomplete. Even so, dedicated databases do exist, such as CDC Biodiversité’s Global Biodiversity Score, which can be used to measure investment portfolios’ contribution to biodiversity impacts. The Corporate Biodiversity Footprint (CBF), for example, reports on the average abundance of species per square kilometre, while the Science Based Targets Network for biodiversity offers to guide companies in diagnosing their impact on biodiversity and helping them set targets for reducing this impact.

We are convinced that the financial system has a role to play in positively leveraging this theme through the following channels:

• Redirecting financial flows into more virtuous and less destructive economic activities. The Task Force on Nature-related Financial Disclosure (TNFD) is one way to supervise these activities; it will submit an initial reporting framework in 2022, which will be finalised and launched in 2023. In addition, the COP 15 of the Convention on Biological Diversity (CBD) will be held online in October 2021 and then in China in 2022, and will set intermediate biodiversity goals for 2030.
• Measuring the transition and ensuring that portfolios are aligned with the Paris Agreements.
• Helping to build a regulatory architecture.
• For portfolio management firms in particular, acquiring biodiversity databases and risk-measurement tools and integrating them into their investment policies, conducting a dialogue with companies on these issues, and developing an offering of dedicated products for preserving or restoring biodiversity, via thematic funds, for example.

While some tools exist and have already been made available to investors, local market actors must continue to work together even more closely to establish and sponsor a common vision of the challenges of biodiversity, in order to meet the many challenges involved. This story is just now beginning.

Disclaimer: This promotional non-contractual information is intended to be distributed to, or used by Professional Investors as defined in the European Markets in Financial Instruments Directive. All comments and analyses reflect CPR AM’s view of market conditions and its evolution, according to information known at the time. As a result of the simplified nature of the information contained in this document, that information is necessarily partial and incomplete and shall not be considered as having any contractual value. The fund offers no capital guarantee and carries a risk of capital loss, in particular due to market fluctuations. Past performances are not constant over time and are not therefore a reliable indica¬tor of future performance Any projections, valuations and statistical analyses herein are provided to assist the recipient in the evaluation of the matters described herein. Such projections, valuations and analyses may be based on subjective as- sessments and assumptions and may use one among alternative methodologies that produce different results. Accordingly, such projections, valuations and statistical analyses should not be viewed as facts and should not be relied upon as an accurate prediction of future events. The information provided is believed to be accurate as of May 2021. All regulatory documents are available on the website www.cpr-am.com