Measuring a country’s carbon emissions: A debate with high stakes

As the effects of climate change become increasingly apparent—from rising sea levels to more frequent and devastating natural disasters—the need for action becomes more urgent by the day. Environmental responsibility has permeated all sectors of the financial industry. In particular, asset managers have seen increasing interest from clients, regulators and the general public to facilitate this effort by directing financial flows toward entities that make better environmental citizens. 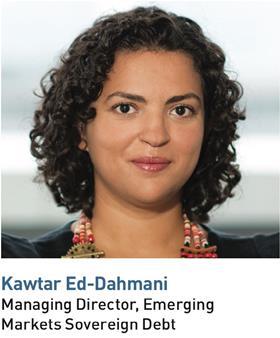 To encourage environmentally-friendly investments, we believe there needs to be consensus on the appropriate measure of carbon intensity at both the individual investment and portfolio levels. But as of today, there is no such consensus. This is apparent in emerging markets debt, for instance, where the standards and metrics used to track the carbon intensity of sovereign bonds are still being debated. Ultimately, the choice of the most appropriate metric to follow will have significant implications on which countries receive financial inflows to help tackle climate change.

In this Q&A, Kawtar shares her views on why measuring carbon intensity using consumption-based accounting, on a per capita basis, is more intuitive, fair and in line with international agreements than other measurements.

The distinction is important given the ongoing debate over whether producers or consumers are responsible for the carbon content of internationally traded goods.

For instance, who is ultimately responsible for the relocation of polluting economic production to poorer countries that has taken place over the past decades? Production-based accounting suggests emerging countries should assume full responsibility for the carbon intensity of their production, while consumption-based accounting calls for sharing the environmental responsibility with the consuming countries.

Q: Should wealthier countries have the right to pollute more? Comparing carbon emissions for two economies of very different sizes or populations is not meaningful. In other words, we need the right choice of denominator in order to derive the right unit of measurement.
Some believe that carbon intensity is more accurately measured by unit of GDP when GHG emissions are calculated using production-level emissions, but better measured per capita when emissions are calculated using consumption-level emissions. However, even when measuring carbon emissions through production-based accounting, we believe using population as the denominator is less biased. One main reason is based on the inconsistencies in measuring GDP across countries—including, for example, different methods to measure GDP, the imperfect correction of GDP’s price-dependency by PPP, and the existence of a large share of shadow economy in emerging countries that is not accounted for.

It seems to us that the equitable choice is the measure of carbon intensity that treats all individuals the same, entitled to emit an “acceptable” amount of carbons— rather than treat individuals differently but treat only their wealth the same.

Q: Why not simply follow the guidance of international organisations?
If we consider carbon emissions per GDP, we would be favoring wealthier countries that have the ability to invest in less intensive carbon-emission technologies. By contrast, we would be penalising developing countries with higher carbon emissions per GDP, which might be lagging behind in those investments, and therefore more in need of the capital inflows to make them.

Such criteria would not only be unfair and give rich countries a larger “right to pollute,” but also detrimental to the fight against climate change. This is in line with the UN and Paris Agreement philosophy, which is to consider countries’ common but differentiated responsibilities and respective capabilities—the CBDR-RC principle.

So, the ultimate question is: which countries among the above should be prioritised to receive funds from investors to tackle climate change, and which ones should be excluded from portfolios striving to be less carbon intensive? 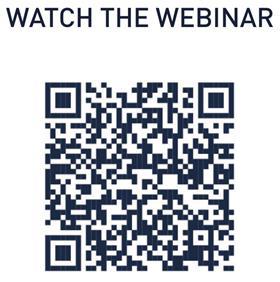 While we have only focused here on one part of the debate, there are other points that are worthy of analysis, too. For instance, all of the metrics mentioned above only take into account gross carbon emissions and not net emissions. This implies that some countries who have invested heavily in protecting their rainforest, such as Gabon, are not being rewarded for that. This reinforces our view that further debate on the choice of metrics is necessary, as these factors will have significant implications when it comes to financing green efforts in the years to come.

Any forecasts in this material are based upon Barings opinion of the market at the date of preparation and are subject to change without notice, dependent upon many factors. Any prediction, projection or forecast is not necessarily indicative of the future or likely performance. Investment involves risk. The value of any investments and any income generated may go down as well as up and is not guaranteed by Barings or any other person. PAST PERFORMANCE IS NOT NECESSARILY INDICA- TIVE OF FUTURE RESULTS. 21-1887361