FTSE 100 companies paid out seven times more in dividend payments to shareholders than they made in contributions to their defined benefit (DB) pension schemes last year, according to consultancy LCP.

The report’s lead author and LCP partner Phil Cuddeford warned: “Companies should be proactive in implementing long-term strategies if they are to meet the incoming regulatory requirements in the updated DB funding code, due to be consulted on later this year.”

The Accounting for Pensions 2019 report estimates that FTSE 100 companies handed shareholders £90bn (€102bn) in dividends but made pension contributions totalling £13bn in 2018.

The Pensions Regulator (TPR) has been increasing pressure on UK DB scheme sponsors to address the balance of dividend payments and deficit reduction contributions.

A spokesperson for TPR told IPE: “We are being clearer about our expectations for deficit repair contributions. Trustees who are undertaking their triennial valuations should negotiate robustly with their employer to secure a fair deal for the pension scheme.

“If affordability has increased for employers and they are in a better position to tackle the deficit in their pension scheme and shorten recovery plans, we will expect them to do so.

“We are being tougher with companies that should be balancing their duties to pension savers with returns to shareholders. If a scheme could be better funded then we are checking whether the balance is right.”

LCP blamed the disparity on an increase in dividend payments rather than a drop in plan contributions.

All of the companies in the LCP study reported their pension obligations under International Accounting Standard 19, Employee Benefits (IAS 19). 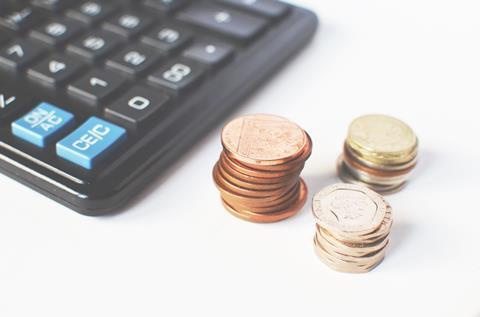 Meanwhile, LCP also found that FTSE 100 schemes had an overall accounting surplus on an IAS 19 basis through the whole of 2018 – the first time this has been the case in two decades.

At the same time, the slowdown in the rate of improvement in UK mortality assumptions led to reduced IAS 19 liabilities.

However, LCP also warned that mortality calculations among FTSE 100 sponsors contained an subjectivity element worth an estimated £50bn – equivalent to double either the discount rate or inflation assumptions.

The consultancy said this potential variation was caused by the wide range of available inputs and the potential for exercising judgement when calculating liabilities.

Meanwhile, LCP reported that the effect of accounting for the impact of guaranteed minimum pension (GMP) equalisation was less than initially feared.

LCP’s researchers said the average estimated cost of correcting historic gender inequality across FTSE 100 sponsors was roughly 0.4% of liabilities, or £1.3bn in total.

This figure was substantially lower than preliminary forecasts made in the run up to the decision in the Lloyds Bank case in October last year. Nonetheless, six FTSE 100 companies face a bill totalling £100m or more to comply with the judgement.

The issue of GMP equalisation hit the headlines in October when the UK’s High Court ruled that the payments – which date back to 1990 – must be recalculated to ensure men and women receive equal treatment.

Prior to the ruling, some estimates put the cost of GMP equalisation at roughly 1-4% of liabilities, while others were as high as £32bn in total across UK DB schemes.

In relation to other key IAS 19 assumptions, the study found a majority of companies reported:

LCP estimated that possible future reform of the RPI inflation measure could move individual pension liabilities by as much as 20 per cent in either direction.