Sweden’s premium pension system (PPM) needs to have an agency to act as a “sheriff” to prevent the fraud that has dogged the system and assure the quality of funds on the platform, says the architect of the latest government-commissioned review.

Cardano director Stefan Lundbergh officially presented his report to the Swedish government’s cross-party Pension Group at the end of August, mapping out options for reforming the PPM. The PPM is the funded part of the first pillar state pension that allows individuals to choose their own investment provider.

The fund platform currently has more than 850 funds, and Lundbergh told IPE that virtually any provider was allowed to offer funds to the public as long as they are UCITS-compliant.

Lundbergh said: “Right now, there is no one looking at the investments offered on the fund platform and doing some kind of quality assurance.”

A set of 30 criteria that would apply on the funds are currently being discussed, but Lundbergh said this would not be enough to deal with the underlying problems.

“My recommendation is to have someone in charge of the fund platform, to ensure there is quality and good diversity there – because there should be a sheriff in town,” he said.

This sheriff should be an organisation given the assignment by the Pension Group, he said. 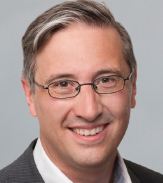 The premium pension is a retail fund platform for Swedish consumers, but neither the Swedish Pensions Agency (Pensionsmyndigheten) nor AP7, the provider of the default investment option in the PPM, has been given the mandate to act as principal of the fund platform.

“First of all, they must create a clear goal, because then you know what you’re trying to build and only then you can evaluate the results,” he said.

Because the current goals are “fuzzy”, the default investment option in the system is forced to define its own goals, Lundbergh added.  Politicians should seek to set the default fund’s goals to help guide the offerings on the PPM platform.

Even though deciding the actual goals was outside the scope of the review, Lundbergh listed a few target criteria for making that decision.  These included:

The goals should be assessable so that the performance of the system can be properly evaluated in the future, Lundbergh said.

“Given that it is part of the social security system, it is reasonable to assume that the risk-return tradeoff of the default in the premium pension should not be more aggressive than in the occupational pension,” he said.

Lundbergh also urged the Pensions Group to bear in mind the lessons of behavioural science in their deliberations on PPM reform, in particular the fact that people have proved to be less interested in making their own choices than was originally anticipated when the system came into being in the 1990s.

“The construction of the premium pension required active and informed savers who would select the good funds and abandon the bad funds,” he said in the report.  If this had been the case, he argued, market forces would have limited the space for sub-par funds and rogue providers.

“The reality has been different and it has turned out that more information and transparency does not help – it is impossible to inform those who are uninterested.”

“The key issue is that in order to have a successful premium pension system, it’s important that choice architecture is based on fact and what people actually do,” he concluded.