Switzerland’s second-pillar pension funds are being forced to use assets accrued by people still working to pay current retirees’ pensions, according to the country’s pension regulator.

“Systemic risks in the second pillar continue to increase with changes in the economic, financial and demographic environments”

Around CHF7bn (€5.9bn) a year – roughly 1% of the total capital in the Swiss second pillar – must be taken from active members’ assets to pay for current benefits in Swiss Pensionskassen, the Oberaufsichtskommission (OAK) said in its 2017 report.

“This annual reallocation has reached critical levels,” the OAK warned.

Pension promises made in the past cannot be adjusted under Swiss law, meaning older pensioners’ benefits are calculated using a higher Umwandlungssatz, or conversion rate. This rate determines how much of an individual’s total accrued pension they can receive every year.

Newer pensioners receive considerably lower pensions from the second pillar and active members’ assets have to be used to fulfil all these promises.

“Overall it can be noted that the systemic risks in the second pillar continue to increase with the changes in the economic, financial and demographic environments,” Pierre Triponez, president of the OAK, noted in his foreword to the supervisor’s annual report.

He said there was need for action from the authorities on new legislation, especially after the pension reform package Altersvorsorge 2020 failed to get public approval last year in a national referendum.

In its analysis of the financial situation of Swiss Pensionskassen, the OAK also noted that the long-term minimum interest rate granted stood at 2.75% – down from 2.97% in 2016. The technische Zins – the return assumed when calculating contributions – was lower at around 2.25% on average.

The OAK expected more Pensionskassen to make adjustments to their parameters.

Studies back up regulator’s fear 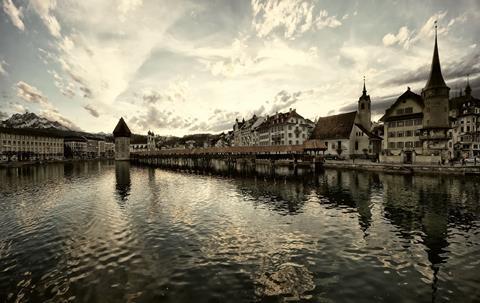 Meanwhile, a joint study by researchers from Lucerne University’s Institute of Financial Services and the University of Basel’s Faculty of Economic Sciences confirmed the problem of cross-financing in the second pillar.

“Today’s focus on secure pensions at a high level and the short-term obligations for interest rates and funding levels connected to it, which no longer match market environments, have to be questioned,” authors Yvonne Seiler Zimmermann and Heinz Zimmermann wrote.

They emphasised that Pensionskassen “have to be able to invest in risky assets over the long term” to achieve higher returns.

A second paper, by Swiss consultancy C-alm, also highlighted the potential of the second pillar but warned about too much flexibility for members, such as providing a free choice of Pensionskasse for individuals, which has been frequently discussed.

The researchers argued that such “measures for liberalisation are breaking with the concept of an intergenerational risk pool”.

They said this “would undermine a risk compensation and with it the possibility to take investment risks”.

C-alm pointed out that risk taking and risk compensation needed an “appropriate level of collectivity and long-term perspective”.

Both studies (in German) can be downloaded from the Asip, the Swiss pensions trade body.

See the June edition of IPE for a country report focused on Switzerland.