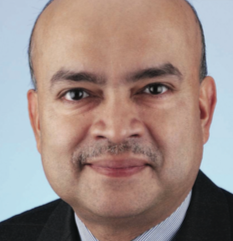 The new world of ultra-low interest rates could be here to stay, so investors need to change the way they think about investing. Tapan Datta explains

At some point in the last five years we entered a new investment world – and it is more challenging than the old. Investment conditions should be viewed differently in this new environment. It is necessary to use, as it were, a different market prism.

If the new-world investing rules are different, the next logical question to ask is whether these new-world conditions stay or whether the old world will return? If the latter, should the new realities be embraced or not? As usual, timing is everything. A return to the old world may occur but should money be put down on guessing when? This is especially important to consider when so much has already been lost betting on the old world returning.

Sometimes, I think the old world ended when expectations that US interest rates would get to 4% or above – a key indicator of the older world – were abandoned in the tail end of the ‘taper tantrum’ in 2013. This was when it became clear that the US Federal Reserve could not countenance raising rates. I am struck by the thought that inaction by a central bank has probably never had such a profound impact on subsequent economic and market conditions globally as then. At my more clear-thinking moments though, I think this event was more of a confirmation that we were already in the new world rather than it marking the beginning of the move itself.

Take the US. The Treasury yield curves sits completely under 3%, an offensively direct statement that the Federal Reserve will never get near its long-term equilibrium policy rate (3.5%) – the more remarkable feature is that investors’ reward for long-term inflation and interest-rate risk in long-duration bonds (10 years) has been extraordinarily low (near zero) for the last few years and negative so far this year. We can rationalise this after the event. The usual culprits – a chronic excess of world saving over investment, huge demand for safe assets in the belief that the world is a risky place, regulation and continued central-bank buying of government bonds – are the main drivers.

A moment’s reflection will show that this is a new world – it is a topsy-turvy world in which investors are paying more to hold longer-term inflation and interest-rate risk. Despite the huge expansion of central bank balance sheets, the market happily holds inflation risk, gambling that the excess liquidity in commercial bank reserves stays where it is. Break-even inflation rates discount the Federal Reserve failing its inflation target even over the next 20 or 30 years. It is also true that no one is fretting about a rise in real interest rates hurting – if growth picks up and the trapped liquidity threatens to escape, real interest rates would need to rise, but this is not exactly in the price either.

• We have entered a new world in which market participants see ultra-low interest rates as somehow sustainable.
• Diversification against equity market falls works less well when bond yields are so low.
• The current environment of low correlations between asset classes might not last
• Non-market factors, such as central bank intervention, make it difficult to gauge the fair value of assets.

It is true that all the rationalisation of this collapsed bond risk premium still holds good as far as our foggy-eyed or bemused investors can see. However, can we or should we bank on it in terms of managing duration and inflation risk? New-world investing preference, that is buying, is showing that investors believe they can and that they are. I find this attitude remarkable in the context of history but unremarkable given prevailing conditions.

The first significant impact that this phenomenon of ultra-low interest rates has had is on portfolio diversification. Can bonds at such low yields really diversify equity-risk (or other risky assets) away? When equities go down, do bonds still do well? Even with over half the world’s market capitalisation of government bonds yielding 1% or less?

As seen in January, in an equity market downturn it might be that bonds at these yields give some relief. What we must not do though is mistake correlation for performance. Yes, the old-world negative correlation may still hold – note this – if yields are at 1%. I would expect my offsetting gains in bonds to be far smaller than when yields had more room to decline. And if the shock happens to be on the face of it bond-unfriendly – such as an upside surprise to growth or inflation – increases from such low yields will quickly leave investors out of pocket. In the new world, these are risks that investors are apparently content to take.

The next new-world effect continues the theme of asset class co-movement. The problem is that the need for investors has not gone away. In the new world, so many investment behaviours are perfectly explained by a view on yields stuck or glacially moving. Investors want to hedge their long-duration interest-rate risk by buying bonds even at low yields, but to meet return targets they have chased yield in a world where it is scarce. The value famine as a performing style and the huge success of bond proxy stocks, the large falls in real estate yields and the boom in private debt market investment can be attributed to new-world conditions.

Again, it is not unreasonable to see new-world conditions continue but we must be aware of the interconnections if this world were to fracture. It may no longer be possible to achieve diversification by investing in asset classes with low correlations.

My final new world condition is a marketplace in which price discovery is less about the tussle between buyers and sellers but one of weak function with imperfections and intervention – regulation, liquidity, central bank activity and more. Where is fair value in this context?

Two examples come to mind. Seven years after the financial crisis, fixed-to-floating swaps in the UK fixed-income market are still yielding less than equivalent Gilts. Here too, there are apparently robust rationales of impaired market function to explain why bank risk is not showing up in higher swap yields. This must be one of the best confirmations of this being a new world rather than a temporarily shaken-up old world.

Should we challenge this or embrace this reality? The pragmatic course is the latter but it is a case of driving blind. The other example of new-world conditions of weaker market functioning is the decline in bond market liquidity (in most categories of bonds sovereign and corporate). How should investors allow for this? It is not quite so anomalous here – cash corporate bonds are at discounts to credit-default swaps, for example. Even so, in new-world conditions where central banks are buying corporate bonds, and long-duration bond investors are having to pay to bear interest rate risk, there is still little limited appreciation of the narrow exit path if either interest-rate or credit risk were to surface in a major way.

Will the world change and challenge these new conditions? It may do at some point. But before investors will do anything about it they need to be told why these new-world conditions will change. This is not available now. Even then, the ‘when’ issue would quickly surface. If imminent change is not apparent it must imply that any challenge to new-world conditions stretches beyond most investment horizons. In fast-moving markets, nowadays measured in months (or even weeks) rather than years, it is easy to see why virtually everybody has put the thought of a challenge out of their minds.

Tapan Datta is the head of asset allocation  at Aon Hewitt