The growth of passive investment continues to outpace that of active investment at both global and European levels, according to IPE’s latest Top 400 Asset Managers survey.

IPE’s data shows the compound annual growth rate (CAGR) for European institutional passive investments was 14.6% for the period, while actively managed assets grew by 7.8% per year.

The growth figures are based on a like-for-like sample of 79 European institutional managers directly comparable across the period, managing €3trn of active assets and €963bn of passive assets, according to this year’s survey.

For global managers, IPE used a sample of 93 managers with €14trn of active assets and €5trn of passive assets. 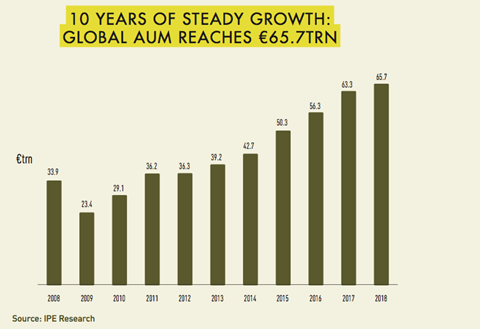 This suggested that, while investors kept allocating to passive products or strategies, in 2017 the pace of growth of passive investments slowed down as investors re-allocated to active.

The winners and losers 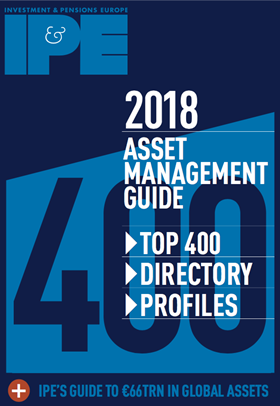 The newly merged Aberdeen Standard Investments debuted this year as the 25th biggest asset manager in the Top 400 survey, with €648.5bn. Janus Henderson Investors, another recently merged entity, made its first appearance at 62, with €308.8bn under management.

The full report is available with the June edition of IPE.