Her appointment, announced by prime minister Theresa May this afternoon, makes Rudd the third minister to lead the Department for Work and Pensions (DWP) this year and the fourth since May took office in 2016.

Rudd was home secretary for less than two years before resigning in April this year, after she admitted misleading a parliamentary committee investigating her department’s handling of an immigration scandal.

She was elected to parliament in 2010, and joined the UK’s Department of Energy and Climate Change in 2014, becoming the head of the department a year later.

Rudd also had a brief spell as minister for women and equalities at the start of this year. 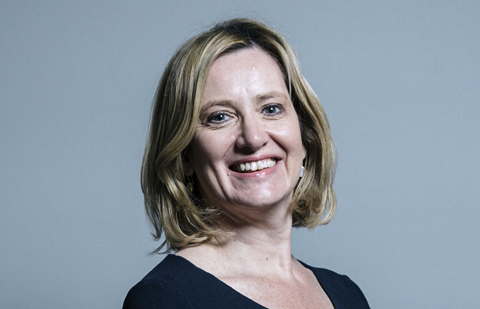 McVey quit the cabinet yesterday morning in protest at the draft agreement between the UK and EU regarding the UK’s exit from the bloc.

Guy Opperman remains as minister for pensions and financial inclusion.

Iain Duncan Smith led the DWP from 2010 until 2016, spanning the whole five-year coalition government of the Conservative and Liberal Democrat parties.

He was replaced by Stephen Crabb, who lasted just four months before being removed in the wake of the 2016 EU membership referendum.

Damian Green then led the department for 11 months before being transferred to the Cabinet Office in June 2017.

David Gauke lasted seven months in the role before being replaced by McVey in January.