The UK’s main political parties have published their manifestos for the 8 June election – and the future of the country’s state pension is a major battleground.

The Conservative Party, led by prime minister Theresa May, is expected to consolidate its position as ruling party by winning a greater majority.

It has proposed abandoning the so-called ‘triple lock’ on the state pension, which ensures payments rise in line with earnings or inflation with a minimum annual increase of 2.5%.

Instead, the Conservatives want to remove the 2.5% lower limit after 2020.

According to the Office for National Statistics, the government spent £108bn on state pension payments in the 2014-15 tax year.

The Conservatives’ manifesto stated: “When [the triple lock] expires we will introduce a new ‘double lock’, meaning that pensions will rise in line with the earnings that pay for them, or in line with inflation – whichever is highest.” 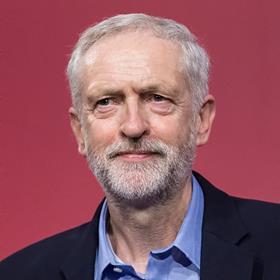 The Scottish National Party (SNP), the leading party in Scotland, Wales’ Plaid Cymru, and the UK Independence Party, have all pledged to maintain the triple lock.

Former pensions minister Steve Webb, a Liberal Democrat, was instrumental in bringing in the triple lock as part of the coalition government in 2010.

“The triple lock is unsustainable with our ageing population and so it’s good to see the Conservative Party being honest about this uncomfortable truth.

“While Labour and the Liberal Democrats want to keep the triple lock for the moment, they might have to change that policy by the time inflation is next below 2.5% so there may not actually be as big a difference between the parties as it seems at a first glance.”

Away from the state pension, another key pensions issue is the power and focus of the Pensions Regulator (TPR).

During an enquiry held by the Work and Pensions Committee last year into the collapse of high street store BHS, the cross-party group of politicians called for the regulator to have more scope to step in and protect the interests of members during corporate actions. 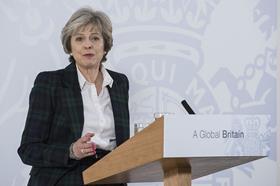 In its manifesto, the Conservative Party promised greater powers for TPR to stop pension funds being disadvantaged during mergers or acquisitions and protect them from “unscrupulous business owners”.

“We will build on existing powers to give pension schemes and TPR the right to scrutinise, clear with conditions or in extreme cases stop mergers, takeovers or large financial commitments that threaten the solvency of the scheme,” the manifesto stated. It also mentioned “punitive” fines and bans for company directors found to be in breach.

Labour’s election document made a similar, but less detailed, pledge to amend rules regarding company takeovers “to ensure that businesses identified as being ‘systemically important’ have a clear plan in place to protect workers and pensioners”.

“One major concern which has been raised in the past when suggestions have been made about making clearance mandatory is that it is often not feasible to conduct detailed discussions with the trustees of a pension scheme and the Pensions Regulator in advance of a deal, given that transactions often need to be completed very quickly.

“Waiting for the Pensions Regulator to decide whether to apply some conditions to the deal could represent the introduction of substantial uncertainty into transactions, potentially damaging UK [companies].”

The retirement age and other promises

The Conservatives have promised to tie increases in the state pension age to life expectancy, with current policy set to raise the retirement age to 67 by 2028. Labour, however, rejected this and vowed to launch another review of the state pension age – despite one having just reported its findings in March.

The SNP, Plaid Cymru, and UKIP have all rejected the need for the state pension age to increase past 66. UKIP has proposed a “flexible state pension window” to allow people to retire earlier with lower benefits – or later with higher benefits – if they wish.

The Green Party – which currently has just one elected member of parliament – wants to replace the state pension with a “citizens’ pension”. This would “ensure that no pensioners are living in poverty, and would be up-rated annually”, the party said.

Labour backed the creation of “large efficient pension funds, which will mean more cash for scheme members and lower costs for employers” – seemingly backing the idea of consolidation that has been gathering momentum in recent months.

The Green Party said it would campaign for pension funds to invest more in “long-term sustainability projects” such as renewable energy, and would push for divestment from fossil-fuel-related investments. 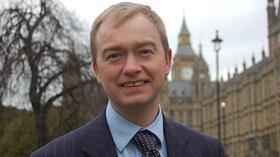 The Liberal Democrats want a review of the pensions tax relief system, with a view to introducing a flat rate of tax relief, rather than one linked to the income tax rate.

Both Labour and Plaid Cymru in Wales vowed to review a surplus-sharing arrangement between the government and the Mineworkers’ Pension Scheme. Currently, the government is entitled to take a percentage of any surplus in the defined benefit scheme as calculated every three years. This is opposed by unions.

The Conservatives said they would expand the auto-enrolment regime to include self-employed workers. The SNP has made a similar pledge. The party said it would also promote long-term savings products such as the Lifetime Individual Savings Accounts (ISAs), a version of the tax-free savings ISA vehicle.

“It is good to see that a Conservative government will continue to support the successful expansion of auto-enrolment to include small employers and the self-employed. In the latter case this is long overdue with all the evidence pointing to a continuing reduction in pension saving by the self-employed despite the fact that since the financial downturn in 2008 their numbers have increased considerably.”