The chief executive of the UK’s Financial Conduct Authority (FCA) has rejected claims that the implementation of MiFID II regulations has hit research coverage of certain sectors, and instead welcomed the cut in spending by fund managers.

In a speech at an event hosted by the European Association of Independent Research Providers (Euro IRP) in London on Monday, Andrew Bailey said the FCA had been aware that the MiFID II could lead to a drop in the number of research houses covering less popular small and middle-sized companies.

He said the regulator had taken steps to ease any potential impact, including allowing “free distribution of research that supports capital raising events, allowing issuer-sponsored research – an important source of coverage for smaller companies – to be freely circulated and clarifying that research made publicly available cannot be an inducement”.

Bailey said that, since implementation, the FCA had watched for evidence of change in this sector: “The evidence is, so far, inconclusive, and does not suggest the dramatically negative impact that some predicted.” 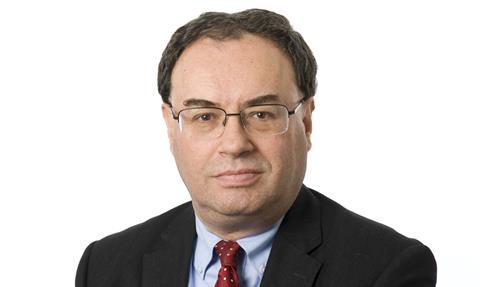 “Similarly, LSE order book data for 2018 point to a material increase in trading volumes between 2018 and 2019, especially for small caps, suggesting liquidity has been maintained in the market,” he added.

However, earlier this month, two surveys showed professionals working in the asset management sector thought there had been a drop off in the scale and quality of provision.

CFA Institute, which spoke to 500 professionals, found almost half of those providing the research thought the quality had decreased overall. Just 44% of respondents working for banks or brokerages said the quality of research had remained constant in the 12 months since the introduction of the regime. The same number said research quality of small and mid-cap stocks had decreased.

Another survey, from broker Peel Hunt and the Quoted Companies Alliance, said nearly two thirds of investors – 62% – believed less research was being produced on mid and small-cap companies. A third said they expected further reductions in both the volume and quality of research in the future.

At the event in London yesterday, Bailey said the FCA estimated that the asset management industry – and by extension asset owners – had saved around £180m (€209m) in fees since the implementation of the updated directive.

He said that this would amount to a saving of around £1bn over the next five years.

“Importantly, buy-side firms have indicated they can still access the research they need,” said Bailey. “This may reflect the low ‘entry level’ prices for written research, alongside more thoughtful consumption across the board.”

Chris Deavin, chair of Euro IRP said in a statement following the event: “We are very appreciative of the continuing focus from the FCA on the competitiveness of the investment research industry, and welcome Andrew Bailey’s confirmation of the zero inducement risk that asset managers have in taking research services from independent research providers.

“As all independent research providers by definition rely on the inherent quality of their services in order to be successful, we also fully support the FCA’s stated view that quality, rather than quantity of research, is the key metric that the buyside should apply in evaluating their research services consumption.”