UK regulator turns up the heat on sponsoring employers

The UK’s Pensions Regulator (TPR) has told pension scheme trustees to “negotiate robustly” with sponsoring employers if they are not giving sufficient financial support to their retirement funds.

In the regulator’s annual funding statement, released yesterday, it told trustees not to agree to scheme valuations if they felt the outcome would disadvantage the scheme.

It referred to “recent corporate failures” as it laid out detailed guidance for pension funds to ensure employers fulfilled their obligations.

In particular, the regulator cited “the risk of long recovery plans while payments to shareholders are excessive relative to deficit repair contributions”.

This echoed similar statements made by TPR in last year’s annual funding statement, but this year it went further to draw trustees’ attention to “other forms of covenant leakage” such as loans between different parts of a business, transfers of assets, and even high senior executive pay in the case of small schemes.

“We believe that employers with weak covenants should normally retain cash within the company to fund sustainable growth and address their pension deficit rather than paying it out to shareholders,” the regulator said.

In addition, TPR said its “proactive casework” had increased by 90% year-on-year as part of its aim to be “clearer, quicker and tougher” on scheme funding.

Joe Dabrowski, head of governance and investment at the Pensions and Lifetime Savings Association, said: “This is especially relevant given that it will be 2019-20, at the earliest, before we see any of the legislative changes proposed in the government’s recent white paper.

“However, it is important that as the regulator increases its activity it remains proportionate and practical in the use of its powers.” 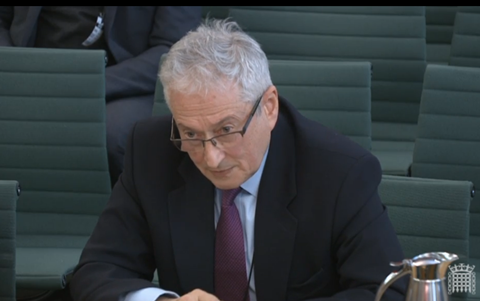 During a parliamentary inquiry into the collapse of Carillion earlier this year, politicians pressed the former chair of the company’s pension schemes over the nature of protracted discussions about scheme valuations and funding.

Robin Ellison said the trustee board had pushed the construction and engineering contractor as hard as it could.

Ellison maintained that the trustees “did not just roll over and get our tummies tickled when the company paused contributions”.

In a letter to the inquiry, TPR chief executive Lesley Titcomb said the regulator had “robustly supported the trustees during negotiations about scheme funding” and made clear to the trustees and employer that it would use enforcement powers if agreement was not reached.

The regulator did not take any formal enforcement action until after Carillion collapsed, but argued that the threat of action had persuaded the company to agree to higher contributions.

As well as employer contributions, the regulator also emphasised the importance of factoring in Brexit to future funding and strategy discussions. It said trustees and employers should have “open and collaborative discussions” about the impact of the UK’s exit from the EU on the economy and on relevant business sectors.

Sponsors could hold back cash from their schemes to protect against Brexit uncertainty, TPR said, but trustees should ensure shareholders were “also sharing the burden proportionately”.

Matthew Arends, partner at Aon Hewitt, said the regulator’s statements indicated that it would place more emphasis on planning for future triennial valuations rather than just the closest one.

His colleague Lynda Whitney added: “Trustees and employers need to consider prudence levels in 2018 valuations in anticipation of future changes.”