UK roundup: FTSE 350 companies ‘could de-risk at low or no cost’

The majority of the UK’s biggest listed companies could pay off their defined benefit (DB) scheme deficits with less than six months’ earnings, according to research by Hymans Robertson.

After a period of favourable movements in asset prices and liabilities, a number of FTSE 350 company schemes were also in a position to transfer their schemes to insurers or commercial pension fund consolidators with little or no cash injection needed, the consultancy group said.

As much as 90% could pay for an insurance buyout using just six months’ corporate earnings, Hymans Robertson found.

The company reported that 12% of schemes were fully funded on an insurance buyout basis, meaning sponsoring employers would not need to pay extra to de-risk their pension arrangements. A further 9% could transfer their DB schemes to a commercial consolidator at a cost of “less than one month’s earnings”, the group added.

Alistair Russell-Smith, head of corporate DB at Hymans Robertson, said many companies could find they were “closer than they think” to offloading their DB schemes altogether.

However, he also warned that less well funded schemes should be on the lookout for intervention from the Pensions Regulator (TPR). As part of its new approach – with the tagline “quicker, clearer, tougher” – the UK regulator has pushed for a more even balance between dividend payments and pension scheme contributions.

Russell-Smith said that “a minority of companies should plan for regulatory intervention at their next triennial valuation unless they pay more into their schemes”.

He added: “22% of FTSE 350 companies with a DB pension scheme are paying over five times more in dividends than pension contributions, despite contributions at this level taking over eight years to pay off the IAS19 deficit.” 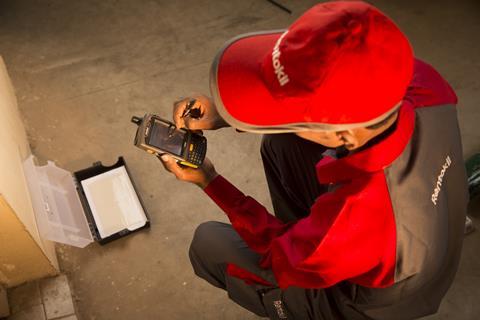 The agreement – which covers more than 14,000 members – has been designed to lead up to a full buyout, scheduled for 2020, to take the Rentokil Initial 2015 Pension Scheme off the company’s balance sheet.

When complete, the buyout would be one of the biggest such transactions undertaken in the UK, PIC said in a statement. The transaction was the insurer’s biggest of 2018.

The DB scheme had an accounting surplus of £373.2m as of 30 June 2018. Once the buyout is complete, PIC estimated that there would be “a small cash surplus”, to be returned to the employer.

John Baines, partner at Aon, the scheme’s adviser, said Rentokil had secured “very attractive pricing during the busiest ever year in the bulk annuity market”.

“The deal was made possible by reacting quickly to wider market developments in order to bring together an attractively priced, innovative and bespoke agreement,” Baines added.

PIC’s head of business development Mitul Magudia said his company had a “full pipeline” of transactions for 2019 after a busy year in 2018. “We expect to see many more transactions of similar size and nature in the future,” he added.

The aggregate funding level rose to 98%, from 95% at the end of October. While asset values fell from £759bn to £750bn in total, collective liabilities also declined, from £795bn to £767bn. This was due to rising corporate bond yields and a decline in market-implied inflation, Mercer said.

LeRoy van Zyl, DB strategist at Mercer, said: “This is a meaningful reduction in the deficit but, as we approach the end of the year and as the government attempts to get the Brexit Withdrawal Agreement through parliament, trustees should evaluate the potential impact of political uncertainty on their sponsor’s financial security and put themselves in a position to capitalise on de-risking opportunities as they arise.”