A government desire for UK local authority pension funds to promptly move all assets into larger pools is at odds with a separate call for more social impact investment, according to the CEO of specialist asset manager Gresham House.

Tony Dalwood said there was a strong case to be made for individual schemes having the opportunity to hold assets outside of their chosen asset pool while they push ahead on collaboration.

A government-commissioned report published this week set out recommendations for “growing a culture of social impact investing”.

Produced by an independent advisory body led by Elizabeth Corley, vice-chair of Allianz Global Investors, the report allocated roles to various actors in the private and public sectors. The government, according to the report, should increase its participation in co-investments in social impact models and work with the financial services industry to identify investment approaches that could be used to deploy capital to tackle entrenched social and economic problems.

This call indirectly challenged a stance recently expressed by a government official on the pooling of local government pension scheme (LGPS) assets, according to Dalwood.

Last month Teresa Clay, head of local government pensions at the UK’s Department for Communities and Local Government, said that individual LGPS funds should look to move all assets, regardless of liquidity, into their chosen asset pool as soon as they could. 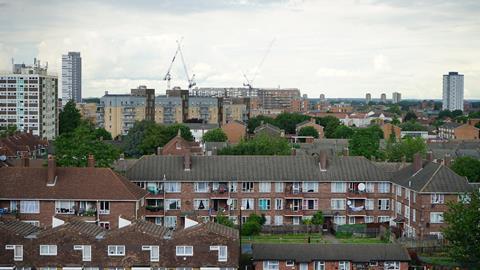 If all of a local authority pension schemes’ assets had to be put into a large pooled fund with no option for holding a portion of assets outside, projects such as local infrastructure and social housing would struggle even more to get funding, he said.

The scale of larger funds meant managers could not justify investing in smaller ticket items under £100m (€112m), sometimes under £200m, Dalwood argued.

“Even if a pooled fund did commit to investing in small scale projects, a local authority would have no assurance that the pooled funds, and therefore a percentage of their own pension pots, would invest in local projects to benefit their constituents,” added Dalwood.

Gresham House is backed by the Royal County of Berkshire Pension Fund, which bought a 20% stake in the boutique manager to help it establish a UK-focused investment fund.

Like a number of other LGPS funds, Berkshire has investments in illiquid assets. In Berkshire’s case these accounted for the vast majority of its assets – 66%, according to its latest annual report – as at September last year.

The pension fund said it considered that liquid assets, such as equities and bonds, would achieve the most instant benefits from pooling.

It would be uneconomical, Berkshire said, to “to pool existing investments in private funds (private debt, private equity and Infrastructure) or real estate funds largely due to the costs of transfer and the inequality created by sharing future returns.”

However, when future investments in these types of funds were considered Berkshire would “take into account suitable investment opportunities made available by its pooling partners”.

Berkshire yesterday confirmed it was joining the Local Pensions Partnership (LPP), and would pool its assets to those already managed by LPP. LPP would also manage Berkshire’s pension administration, liability management and employer risk services.