Speaking at the Responsible Asset Owners conference in London earlier this week, Knut Kjaer – now a member of APG’s supervisory board – said investors could have more of an impact on the world’s biggest carbon emitters through the debt markets than through equity markets.

“If you take the 100 most fossil fuel intensive companies, it’s only 40 or 41 of them that have listed equities,” Kjaer said. “All of them are in the debt markets.”

Many coal mining companies and much of Australia’s mining sector only raised money through the issuing bonds, he added.

“Every time there is a lack of enthusiasm to buy that bond, it will affect cash flow and how [the companies] make investment decisions,” he said.

Kjaer likened new bond issuance to having regular IPOs, giving the investors the ability to scrutinise a company every time it seeks more financing.

“It’s a conundrum to me why so few are focusing on the bond side,” he said. 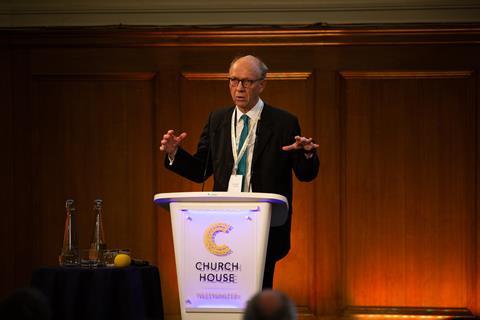 During a breakout panel session earlier in the day, Union Investment head of fixed income Christian Kopf had also drawn attention to the importance of bond issues as an important time for investors to engage.

Kopf said: “One very important tool that we have at hand – and which I think we should continue to improve – is covenants on bond contracts.

“The biggest issue that we’re facing today when it comes to ESG investing is data availability. We have no set of measurements, for example, for Scope 3 carbon dioxide emissions.

“We need to move forward with respect to data quality, and there I think fixed income investors can play an important role by forcing companies to incorporate that in their documentation and the covenants of bond contracts.”

On climate change, Kjaer warned that investors should not just focus on the environment to the exclusion of societal considerations.

He highlighted protests led by Extinction Rebellion taking place near the conference venue in Westminster as an example of people highlighting the social challenges of climate change, especially regarding policy proposals such as carbon taxes.

“You can take up the carbon tax, that’s fine, but who is paying?” Kjaer said. “It’s those who cannot afford it. One way to handle this and to get buy-in from people is to take all the revenue you get from the carbon tax and give it back to the people. That will restore some of the income distribution [imbalance], and tilt it in a more normal way.”