Viewpoint: Trustees should treat biodiversity as important as carbon emissions

Carbon emissions have been the most prominent issue for trustees looking at their portfolios’ ESG impacts. This, of course, makes sense: reducing carbon emissions is one of the world’s most important challenges if we wish to live on a habitable planet.

But if we do succeed in averting climate catastrophe, the question is what will the world look like even if it is habitable? To answer, we need to consider how much attention is paid in the coming years to tackling the growing threat of biodiversity loss.

Biodiversity loss carries the same level of existential threat as carbon emissions and, in our view, should be front and centre when making allocations to listed equity impact investments.

How biodiversity protects the planet

While carbon emissions can be seen as the more imminent and pressing issue, it is intimately linked to biodiversity loss, given that 33% of biodiversity loss is due to climate change, and these two global challenges must be tackled together. Climate change has, to date, got the most attention because of heightened news coverage, and because people are living through climate change now and it is affecting their daily lives through extreme weather events such as flooding, wildfires and many more.

Areas without natural defences, may find themselves more susceptible to forest fires, which have become concerningly common in recent years. Oceans that are intensively farmed for fish can suffer from forced monocultures that damage their biodiversity, alongside other major threats such as plastic pollution. Forests destroyed for agriculture expansion and soy and corn production, among other non-forest uses, can result in habitat change, biodiversity loss and higher carbon dioxide emissions.

Combatting these threats is, of course, crucial to the health of the planet and society – but it also represents an investment opportunity for those with a long-term investment horizon.

The impact of biodiversity loss on the global economy

The economy depends on nature. Biodiversity loss is a systemic risk that impacts the stability of the global economy and companies. The adverse effects associated with natural ecosystem degradation are currently estimated to cost the global economy more than $5trn a year.

Businesses use natural resources as their raw materials, so when our ecosystems and biodiversity are destroyed there will be increases and fluctuations in these raw material costs, as well as disruptions in operations and supply chains. Exploitation of natural resources, pollution, change in land and sea use are the key drivers of these financial risks to businesses.

There are also social impacts from biodiversity depletion, such as access to water and food, proper hygiene and sanitation, security risks and population movement. The loss of natural resources may increase key social issues such as human rights, working conditions, responsible consumption and accelerate societal inequalities.

The destruction of ecosystems is at a critical point; biodiversity loss is a vitally urgent problem for global governments.

Tackling biodiversity loss is in its early stages, the Convention on Biological Diversity’s COP 15 is working towards finalising a biodiversity framework to protect and restore the earth’s biodiversity later this year in Canada.

The draft biodiversity framework has near and long-term targets including a pledge to protect at least 30% of the planet’s land and oceans by 2030 and a target for the worlds ecosystems to be restored, resilient and protected by 2050. There is a clear framework to learn from with the targets set out in the Paris Agreement, but the key questions to ask are whether there is enough commitment globally and are the targets ambitious enough.

Biodiversity loss today is at a similar stage that the climate change journey was 10-15 years ago in terms of public awareness and the associated level of pressure on businesses to act. But we are now seeing the spotlight on biodiversity and there are plenty of companies globally trying to tackle the myriad of problems posed by biodiversity loss.

Today, both investors, as stewards of capital, and trustees, as allocators of that capital, can have important parts to play in the effort to reduce biodiversity destruction through deploying capital into companies that can deliver technologies and solutions to address the pressing need to mitigate biodiversity loss and restore ecosystems.

Why should trustees pay mind to biodiversity loss?

The rise of ESG awareness among trustees and investors has rightly intensified the focus on how schemes can create positive outcomes not just for their members, but also for the planet and society as a whole.

Pension schemes and trustees should, of course, have a key focus on ensuring their members have adequate retirement funds; but they can also play a role in having a positive outcome on the environment and protecting the world’s ecosystems and natural resources. 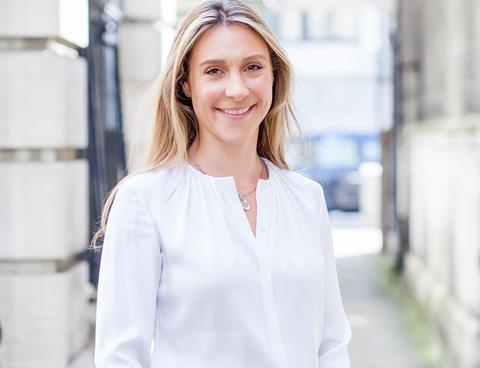 Amanda O’Toole is a portfolio manager at AXA IM Equity. She is responsible for managing the Clean Economy and Biodiversity strategies and is co-manager of the firm’s Global Thematics strategy.

She is also the utilities/clean tech specialist within AXA IM’s internal research team. She was previously a member of the emerging markets team with a focus on energy, utilities, consumer and healthcare.

Prior to joining AXA IM, Amanda was an investment analyst at Nevsky Capital and began her career at PricewaterhouseCoopers in corporate finance.

The investment opportunity and drivers

The huge loss of biodiversity which we are currently experiencing is costing the global economy 10% of its output each year. It’s estimated we need to invest $8.1trn by 2050 to protect and restore nature, so there is a large investment opportunity here.

The human and economic impacts of biodiversity loss such as spread of diseases, effect on food production and medicines, loss of tourism and recreation, health impacts and many more, are now becoming a cost for companies and they are starting to measure them as a financial expense.

Consumers are also increasingly aware of the impact of biodiversity loss. Consumer consumption patterns have changed, and they have started spending their money on consumer brands which they feel are doing better on environmental issues.

In turn, this demand will push consumer businesses to invest and start improving their impact on biodiversity. There is also a clear economic incentive for those businesses that have the relevant expertise to innovate and create technologies to preserve natural resources.

The companies that we invest in are contributing to or helping prevent biodiversity loss or restore ecosystems through the products or services that they provide.

One such firm is John Deere which is addressing the significant land degradation and loss of animals, insects and plants that intensive agriculture is causing. A leading company in precision agriculture, John Deere can apply AI camera-sensor technology to the equipment in tractors to help farmers to spray specific weeds rather than a whole field. This means that there is minimal chemical run off into water systems or soil, which reduces the impact of working the field on biodiversity, which can be substantial.

The firm estimates that some of its technologies can reduce herbicide application by around 85%; a level of efficiency that is part of the reason John Deere has completely sold out of stock in recent quarters.

Biodiversity loss is already an existential threat to the planet and society and has to be addressed to achieve a net-zero world; addressing climate change alone will not achieve this.

Both trustees and investors have an opportunity to contribute to the reduction in biodiversity loss while delivering their schemes financial objectives for their members.