Why 2016 made a monkey out of market-cap indices

Last year was the Chinese year of the monkey – and the monkeys ruled over traditional passive equity investing, too, according to academic research. 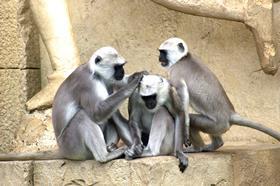 In an influential 1973 book ‘A Random Walk Down Wall Street’, economics professor Burton Malkiel famously quipped that “a blindfolded monkey throwing darts at a newspaper’s financial pages could select a portfolio that would do just as well as one carefully selected by experts.”

Fast-forward to the start of this year, and more financial academics had monkeys on their minds.

Looking back on 2016, Andrew Clare, Nick Motson, and Stephen Thomas of City University’s Cass Business School set out to ascertain whether the monkeys had again beaten the professionals.

In 2011 the trio had established that randomly weighted indices (i.e. those chosen hypothetically by monkeys) outperformed market-cap weighted indices 99% of the time, when backtested on US equity markets between 1968 and 2011.

Using the 500 largest stocks listed on the NYSE, Amex, and NASDAQ stock exchanges, the authors constructed a market-cap weighted benchmark. They then used the “Monte Carlo” randomisation technique to generate another one billion indices – the “monkeys”.

In addition they measured the performance of eight alternative indices such as smart beta benchmarks, equal-weight benchmarks, and the maximum diversification technique first introduced by TOBAM founder Yves Choueifaty in 2008.

Lastly, they generated an index based on the rules of the word game Scrabble, with weightings based on the score of each company’s three-letter stock market ticker – a technique Clare has used previously with much success.

“In the interests of animal welfare we have since released our monkeys back into the wild for a well-earned rest and some energy replenishing bananas.”

In 2016, according to Clare, Motson, and Thomas, “88% of the monkeys managed to produce a higher return than the market cap benchmark”.

The trio’s market cap benchmark posted a total return of 11.6%.

The best of the alternative indices was the fundamentally weighted benchmark, a composite of indices with companies weighted according to book value, dividends, cash flow, and sales.

On a risk-adjusted basis, the maximum diversification index had the best Sharpe ratio of the alternative benchmarks. All alternatives had a better Sharpe ratio than the market cap index, the authors found.

“Taken together, our results suggest that it was a pretty good year for Cass Business School’s monkey index constructors, and another poor year for market cap weighted US stock investing,” Clare, Motson, and Thomas wrote.

They added: “2017 is the Chinese year of the rooster. It remains to be seen whether the Cass Business School monkeys will be crowing at the end of next year or not… but all the evidence suggests that they have the beating of market cap-weighted index investing.”

The authors sought to reassure readers in the paper’s abstract: “In the interests of animal welfare we have since released our monkeys back into the wild for a well-earned rest and some energy replenishing bananas.”

The full paper can be downloaded here.

We are not responsible for the content of external sites