The shelving of major plans to reform Sweden’s pension buffer fund system at the end of 2015 was largely welcomed by the funds themselves, but losing proposed changes to investment restrictions left the four funds unable to get the asset allocation they really need, according to the investment chief of AP2.

Hans Fahlin, CIO of the SEK300bn (€31.7bn) Gothenburg-based national pension fund told IPE: “We are struggling with our own regulation.”

In the last few years, the pension fund has been focusing on increasing diversification in its portfolio, and since the financial crisis has been very keen to lower its exposure to developed market equities as the fund’s primary source of risk.

“We have increased our allocation to emerging markets, and we have started investing in China, and alternative assets,” Fahlin said. “We’ve been increasing our exposure to real estate, and have started to invest in forestry and agriculture.

“But we are quite constrained by the regulation which stipulates we can only have 5% in private assets, except real estate, and we need to hold 30% of our assets in investment-grade fixed income.”

AP2 was pushing up against those limits, the CIO added. 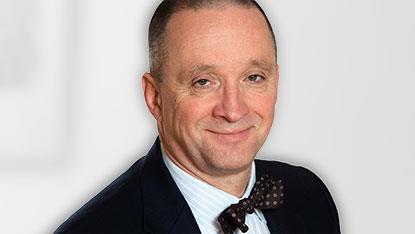 “So they are constraining our ability to change our allocation to a considerable degree, and today, there is a general consensus in the country that these regulations are outdated. Everyone agreed we needed to change them, because they are outdated and our risk taking should be controlled in a more nuanced way, but since that reform didn’t happen, this change didn’t happen either,” Fahlin said.

Representatives from the other AP funds in the buffer fund system would, he said, have the same view.

In late 2015 Sweden’s government abandoned a controversial plan to merge away two of its buffer funds, including private equity specialist AP6, and overhaul the funds’ governance structure. The AP funds were all broadly opposed to the move, but were more positive towards additional proposals – also abandoned in 2015 – to relax investment restrictions.

In its developed market equities allocation, AP2 has almost totally moved away from market capitalisation-based benchmarks, and now uses a range of smart-beta type benchmarks that are risk-based, equal-weighted, and value-based, Fahlin said.

Besides asset diversification, a second area of focus for AP2 has been its exercise to insource investment management. This will continue in the summer with a move from passive to active management for emerging markets local currency bonds.

“I think there may be a few percentage points here and there that we may do in the future but for the most part, the big insourcings have already happened.”

“The way we do it is to set up a team, manage the asset class passively, and while we then make sure the operations work well, we slowly start activating the active side,” he said.

“We still have 5% of our assets in [passive] emerging markets local currency bonds, but we will start managing that actively in the summer,” he said.

The CIO added: “If you think about insourcing an asset class like that and doing it in a traditional way, then you would need substantial resources, people on the ground and so on, but if you have a model-based process you can do it quite effectively from here.”

Is it possible for AP2 to take the insourcing any further?

“I think there may be a few percentage points here and there that we may do in the future but for the most part, the big insourcings have already happened,” he said.

However, Fahlin said the pension fund still had a lot of work to do on its model-based investment process.

“The active model for global corporates is at its ‘1.0 stage’, and the active risk taking is limited, so we are working very hard on adding additional factors,” he said.

AP2 is continuing its work on sustainability within investments, Fahlin said, which the pension fund sees as an important factor in its ability to recruit well.

“Clearly the world is changing in that all our stakeholders have much more concern about sustainability than in the past — and so do we,” he said. “It is also a part of being able to recruit bright young people.”

For several years, AP2 has aimed to integrate sustainability into its portfolio management processes, according to Fahlin, rather than have it as a separate slice of the portfolio or as an overlay.

“We have been looking at our climate risk, and have divested some the energy companies and quite a few oil exploration companies,” he said. “In addition, we have divested electricity producers that have a high reliance on fossil fuels. In all of this, we look to see whether the valuation of the asset reflects the risks — is the pricing credible?”

In its hunt for climate-friendly technologies to invest in, however, AP2 once again runs up against its investment restrictions, because this exposure can often be best gained through infrastructure assets.

“In these cases we are very constrained by not being able to invest more in private assets,” said Fahlin.

Another area of focus for AP2’s engagement policy is diversity. This is not only about the male-female balance on company boards, he said, although that has been the focus so far.

“We work very actively in our governance initiatives to challenge corporates in terms of the diversity of their board composition,” Fahlin said.